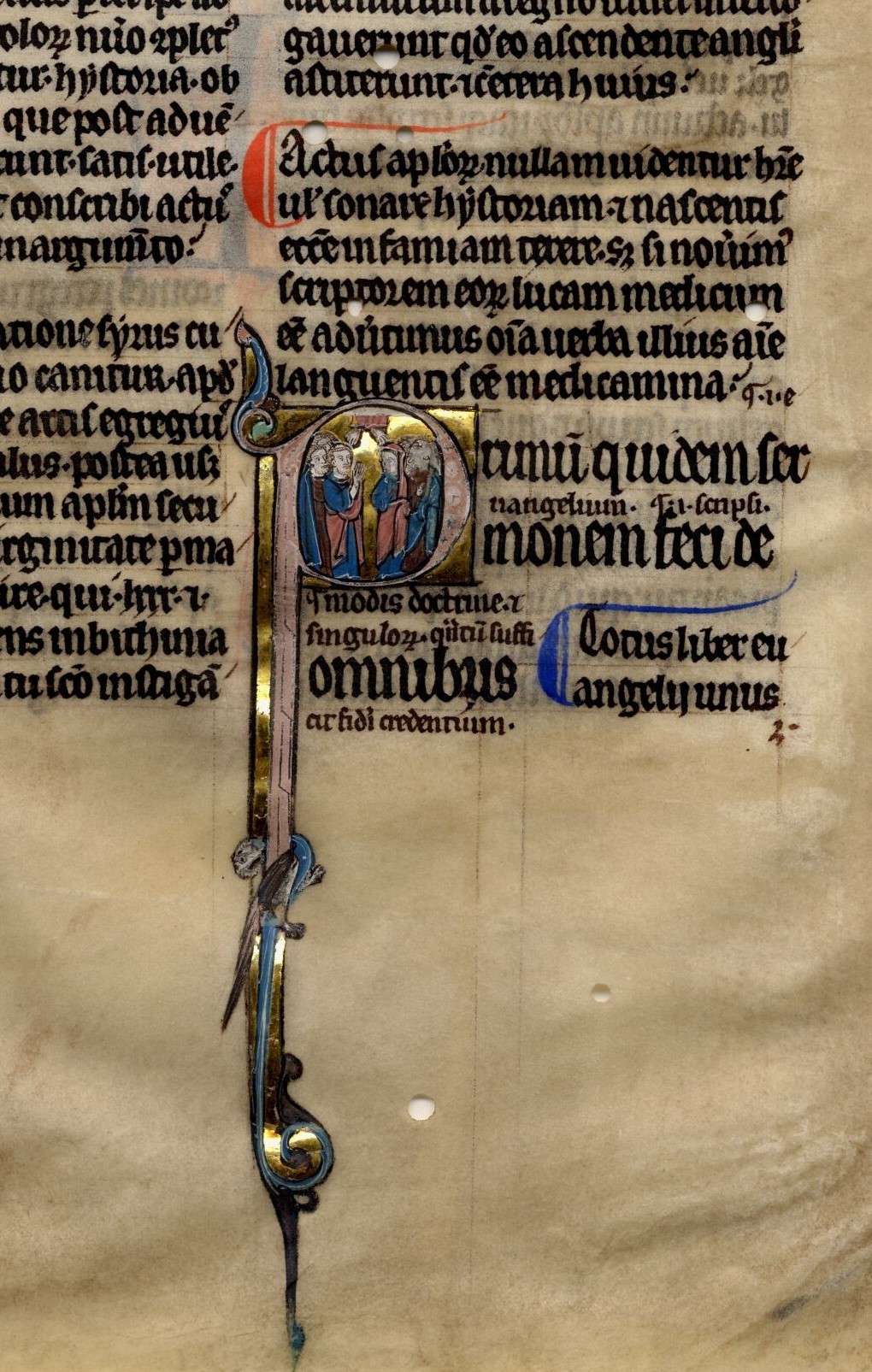 About the Collection–What is Fragmenta Manuscripta?

Fragmenta Manuscripta is a collection of manuscript fragments that date from the eighth through the seventeenth centuries. The fragments in the collection originated as parts of completed manuscripts (handwritten books). Manuscripts normally consist of a number of pages, called folia, with lines of handwritten text, decoration, and miniature paintings called illuminations (see Manuscript Decoration for more). The fragment may have originally belonged to a religious text, like a bible, book of hours, or breviary. Many fragments in the collection come from legal texts or from popular secular texts, like the chivalric romance the Roman de la Rose.

The collection consists of over 200 fragments that were gathered together long after the Middle Ages. Manuscripts continued to be prized possessions centuries after their production. As the centuries progressed, however, collectors valued different parts of manuscripts, rather than the whole product. This is how a collection of fragments came into existence. Obsessed with collecting folia with the illuminations or decorations, folia were unceremoniously cut from their original bindings and entered a new stage of their life in other collections.

The desire for manuscripts declined after the invention of the printing press in the fifteenth century because they were seen as old fashioned.[1] Ideas towards old manuscripts began to change in the eighteenth century when antiquarians took an interest in collecting manuscript leaves and fragments for their scholastic value and value as works of art.[2] The unwanted manuscripts were also sometimes used to help assuage the cost of bookbinding.  Parchment is strong and this material was often removed from manuscripts and used as pastedowns or binding strips in new bindings.[3] Sometimes, a piece of parchment may even be used as a new book cover, as in this example from our collection of medieval manuscripts. Other fragments were even made into clothing![4] As the fragments leave their original medieval context and begin a new life, they continue to provide useful clues for scholars today. We can reconstruct complete texts that no longer exist based on the survival of a manuscript fragment. We can also learn about the history of writing, binding, illuminating, collecting and the formation of modern libraries and museum collections.[5]

You can explore many different facets of Medieval life and collecting history by clicking on topics on the menu to the left.

[2] De Hamel, Cutting up Manuscripts for Pleasure and Profit, 8-10.

[3] De Hamel, Cutting up Manuscripts for Pleasure and Profit, 5-6.