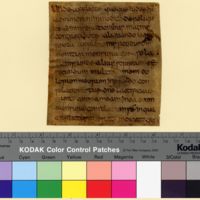 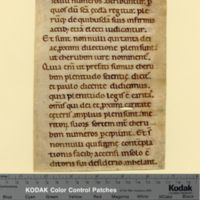 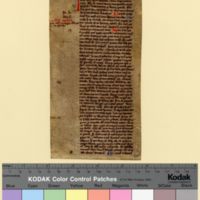 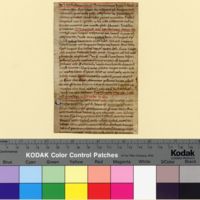 Gregory the Great (c. 540-604), also known as St. Gregory or Pope Gregory I, was an important figure in the shaping of medieval Christianity. He founded monasteries in Sicily, served as deacon of Rome, abbot of St. Andrews, and finally as pope (590-604). Pope Gregory I was a reformer of the Christian Church and is remembered for developing the Roman liturgy into a musical chant known popularly as the Gregorian chant.[1]

One of his best-known works was the Dialogues—a collection of four books on the Italian saints and ecclesiastics (see FM 070). The text is organized into a dialogue between Gregory and his deacon Peter. Peter asks questions that are answered by Gregory, who offers spiritual lessons modeled on the lives of Italian saints to ease Peter’s (and the reader’s) mind about the survival of the soul after the death of the body.[2]

Gregory also wrote the Moralia in Job, a commentary on the Book of Job that served as a theological treatise on ethics in Christianity (featured in FM 008 and FM 075). Gregory’s commentary includes 35 books that begin with a short passage from Job, followed by a literal explanation of the passage, then an allegorical interpretation, and finally the moral meaning.[3] The text became a manual for clergy and was reproduced numerous times.[4]

Gregory also wrote 40 homilies on the gospels known as the Homiliae in evangelia.[5] Fragmenta Manuscripta contains a fragment from homily #34 (FM 015). Pope Gregory I delivered these homilies in Rome from 590-591. The homilies were copied throughout the Middle Ages and survive in at least 400 manuscripts.[6]

[2] “Introduction,” in Dialogues, by St. Gregory the Great, trans. by ODO John Zimmerman, O.S.B, The Fathers of the Church (Washington, D.C.: The Catholic University of America Press, 1959), vi-vii. For more on philosophical works, see Philosophy and Theology.

[3] For a great summary and example of an illuminated manuscript of the text, see “Moralia in Job by Gregorius Magnus,” Utrecht University Library Special Collections, last accessed September 16, 2020, https://www.uu.nl/en/special-collections/about-special-collections/manuscripts/moralia-in-job-by-gregorius-magnus.