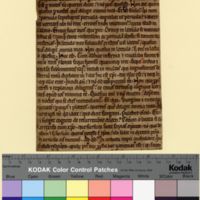 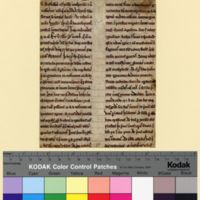 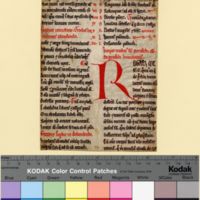 Bernard of Clairvaux (1090-1153) was born in Burgundy and became one of the leading religious figures of his time. He became a monk of the Cistercian monastery of Citeaux in 1113. Bernard believed that the monasteries were becoming a place of excess and luxury and preached that the monks should live a life of poverty. He also preached the need for the Second Crusade in 1146.[1] He founded Fountany abbey and many other Cistercian houses that followed a new and more rigid interpretation of the Rule of St. Benedict.[2]

The collection includes a portion of Bernard's commentary on the Bible and two fragments from Bernard's first major work, de gradibus humilitatis et Superbiae (Concerning the Steps of Humility and Pride), written in the 1120s as an expansion of the Rule of St. Benedict. The treatise outlines 12 steps for spiritual progress beginning with pride and ending with true humility.[3]