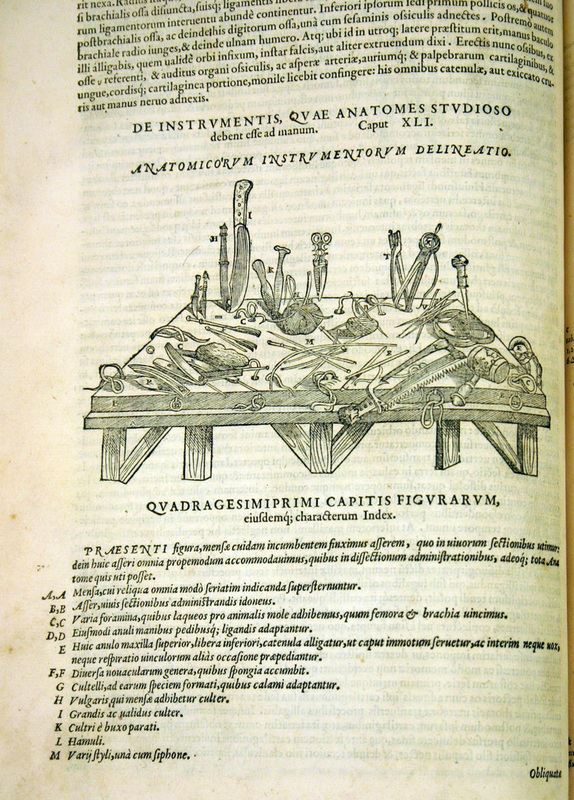 As Vesalius performed more dissections on human subjects, he began to realize that much of the anatomy described in Galen and taught as gospel by the anatomists of the day was incorrect.

After graduating from the University of Padua, Vesalius was offered the chair of Surgery and Anatomy at that institution, where his responsibilities included demonstrating dissections. At that time, professors of anatomy rarely carried out dissections themselves―they usually lectured from a chair, reading from Galen while a barber-surgeon did the actual cutting. At the University of Paris, under the tutelage of the anatomist Jacques Dubois, known as "Sylvius," Vesalius learned anatomy from a lecturer who strongly believed in the usefulness of hands-on learning, although his subjects were mainly animals rather than human. Vesalius was apparently an excellent student and talented in dissection techniques, and left Paris with a reputation as a skilled dissector.

Vesalius brought this ethos to his teaching of anatomy at Padua, and to his guest lectures at Bologna and Pisa, all institutions on the forefront of anatomical inquiry. As Vesalius performed more dissections on human subjects, he began to realize that much of the anatomy described in Galen and taught as gospel by the anatomists of the day was incorrect. He discovered that much of Galen's description of anatomy came from animal, rather than human sources, leading to serious errors in anatomical description, and that to understand human anatomy one must study human subjects. In 1539, the appointment of Marcantonio Contarini, a judge of the Venetian criminal court sympathetic to Vesalius' studies, provided human bodies for dissection in the form of executed criminals. However, they were always in short supply, so Vesalius also dissected animals, for both comparative anatomy purposes and to confirm or disprove Galen's anatomy.

Vesalius' enthusiasm for anatomy led to what today seem like barbaric practices, such as examining the still beating heart and lungs of a criminal drawn and quartered, or the vivesection of live animals such as dogs. In this way he gained an understanding of not only anatomy, but of physiological processes.

From contemporary letters it appears that Vesalius began to formulate an idea for a major anatomical text, based on personal dissection and correcting the errors of Galen that were so overwhelmingly accepted during that time. Vesalius had previously edited a dissection manual, Johann Guenther's Institutionum Anatomicarum Secundum Galeni Sententiam ad Candidatos Medicinae Libri Quator [Four Books on Anatomical Dissection for Medical Students Following the Method of Galen], and published the Tabulae Anatomicae Sex [Six Anatomical Tables] which contained both plates and explanations of the anatomy. These works laid the foundation for what was to become the De Humani Corporis Fabrica, one of the most influential anatomical works ever published.