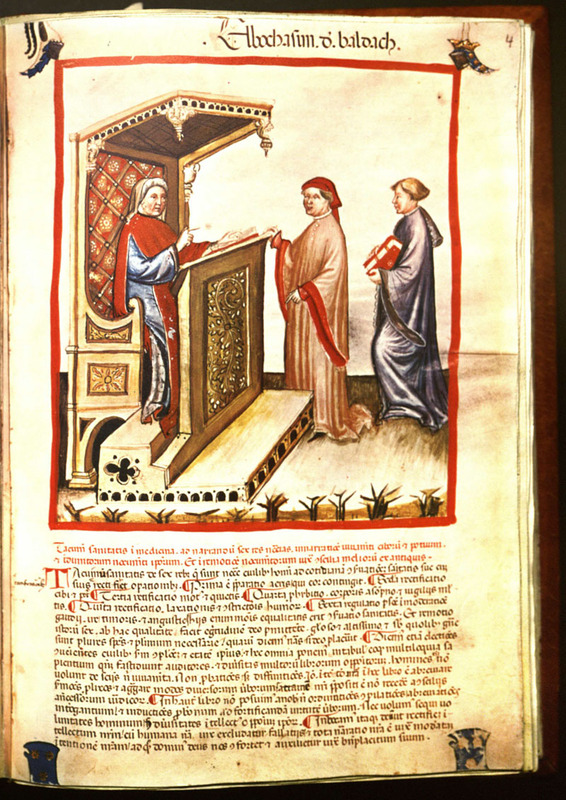 Some sources suggest that Vesalius was around fifteen when he attended to plague cases and practiced surgery.

Andreas Vesalius (1514-1564), frequently called the father of modern human anatomy, was a Flemish physician, author of one of the most important books on human anatomy, “De Humani Corporis Fabrica”

Born before dawn on December 31, 1514, in Brabant (in present Belgium), he was a Sunday baby, and according to folk believes, was supposed to be “bonny and blithe, jolly and bright”. The stars at that day predicted to the newborn “zeal and skill of hands, admirable mind, glory, celebrity after death.” He had two brothers, Nicolas and François, and a sister Anne.

An offspring of a long line of scholars, mathematicians and medics, including his father, also Andreas, a Leibapotheker, a personal pharmacist to Margaret of Austria, governor of the Netherlands and aunt of the Emperor Charles V, and later to the Emperor. His father was often absent from home: as an imperial pharmacist, he accompanied the Emperor to all his trips: to Valladolid in 1517, to Mainz in 1521, and to a war with France in 1536-38. It is also known that his mother, Isabel Grabbe, had a great influence on young Vesalius.

Not much is known about Vesalius’s youth. We don’t know which schools Andreas Vesalius initially attended. Was it in his native Brussels, or neighboring Louvain, or next door Dezennien. In Brussels there were good elementary schools around 1520, when Andreas most probably started his formal education. One of the best was run by the Fratres Vitae Commune where the majority of the well to do people from Brussels sent their children. Brethren taught them grammar, logic, and music, and a tuition was six sous.

It was probably around 1529 that he finished his Trivium, and perhaps around fifteen he left for Louvain.

On 25 February, 1530, he entered the Paedagogium Castri (or the Castle School) under the Latinized form of his name Andreas van Wesel de Bruxella. The Castle School was one of the colleges at the University of Louvain.

He had to pledge to obey the laws of the University, shun heresy and remain a good Catholic. Among many university regulations were “not to bear arms, not to gamble in public places, not to throw stones into windows, not to bring girls on the campus, and not to be in the streets after eight in winter and after nine in summer.” Disobedience was punishable by a fine or confinement in the university dungeon. The curriculum of the Paedagogium Castri included Latin and Greek languages and classical literature, philosophy, and rhetoric, and gave the degree of the Master of Arts, which allowed a student to enter either a professional school, or a graduate school.

In his Fabrica, Vesalius mentions that while in college, he concentrated on philosophy, though some sources suggest that he was around fifteen when he attended to plague cases and practiced surgery. As well, he writes  that he read Albertus Magnus’s De virorum mulierumque secretis (about the secrets of men and women), and was interested in the questions concerning procreation. We also can speculate that he attended classes in the famous Pedagogium Trilingue, open to all students, where he perfected his Latin, and studied Greek and Hebrew. 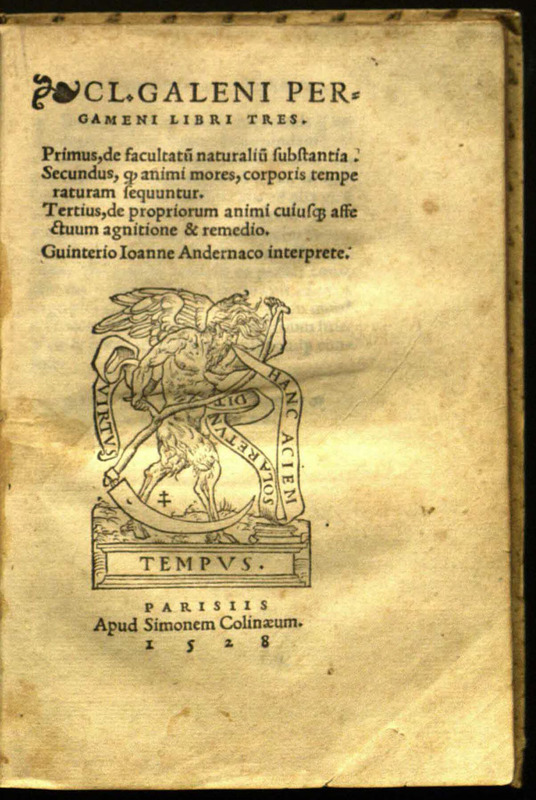 The faculty’s library had books of Galen, Hippocrates, and a large number of Moslem and mediaeval medical works.

In August of 1533, not yet nineteen years of age, Vesalius moved to Paris to study medicine.

In the 16th century medical schools official re-opening after summer vacations usually fell on October 18th, the day of Apostle Luke, the patron saint of doctors and surgeons. Vesalius matriculated in the medical school of the University of Paris and became a philiater, or a student devoted to medicine.

Generally, courses were on materia medica: pharmacy, physiology, surgery, pathology, hygiene and therapeutics.  It took four years to receive a bachelor degree in medicine, but exceptions were made sometimes. The faculty’s library had books of Galen, Hippocrates, and a large number of Moslem and mediaeval medical works. Examinations for the baccalaureate in medicine were held every two years, with oral exams on anatomy, hygiene, pathology, botany, surgery, etc., which were going for the whole week except Thursday and, naturally, Sunday, each day for about two to three hours. The rest of the year, including summer vacations, was used to write the thesis, which would be defended in November.

Vesalius studied at the University of Paris from 1533 to 1536, when the anti-Arab campaign was at its height.  He was a student of Jacobus Sylvius, became acquainted with the works of other anti-Arab polemists such as Leonhart Fuchs. One of the professors at Paris and Louvain was Johann Guenther von Andernach (1505-1574) who was known for his Latin translation of, and commentaries to, the newly discovered text of Galen’s De Anatomicus Administrationius, which was Galen’s guide to dissection. In 1536 Guenther published this pocket-sized dissection manual, based on Galen’s and aimed to be useful for medical students. Andernach especially mentions his most talented pupil Andreas Vesalius, perhaps for his role in assisting him.

“Due to the outbreak of the war I returned from Paris to Louvain”, Vesalius writes in his preface to Fabrica. It was France’s aggression against Savoy, when all Flemish people were declared archenemies; Vesalius therefore would have been announced as enemy-alien had he continued in Paris.

Most probably this forced him, while visiting his parents in Brussels in summer, to return to Louvain in 1537.

He decided to write and defend his bachelor’s thesis at the University of Louvain, and to write a Paraphrasis in Nonum Librum Almansorem, the Paraphrase of the Ninth Book on therapeutics, of the Liber ad Almansorem, by the Persian physician and alchemist of the tenth century Rhazes, of which he had manuscript commentaries by his grandfather Everard.

By March of 1537, Vesalius successfully completed the requirements for the baccalaureate in medicine and published a second edition of the Paraphrasis.

It appears that the next step in Vesalius’s studies brought him to Italy, since University of Paris was out of reach  owing to the ongoing  war. This time it was University of Padua, one of the oldest European universities. Since mid-15th century, Padua was under Venice’s rules and regulations; it also provided for the university financially. The Venetian senate required from Paduan academics a high quality of instruction, fined them for missing lectures and having fewer students in class, and prohibited (though with exceptions) any Venetian aristocrat, or upper class Paduan citizen, from holding an academic position at the University.

Vesalius’s study at the University of Paris and at Louvain, evidently satisfied the requirements not only for the bachelor’s degree in medicine, but also for a doctorate. Thus, after formal examinations, which Vesalius apparently has passed with flying colors, he was offered to join the faculty. In December of 1537, he took the Chair of Surgery and Anatomy at Padua. And this is where our story about Vesalius the student ends, and the one about Vesalius the scholar and surgeon begins.

In this part of the exhibition we would like to explore the rich world of medical knowledge, both medieval and contemporary to Vesalius. . The books he likely read, the titles familiar to him, the works he might have studied.