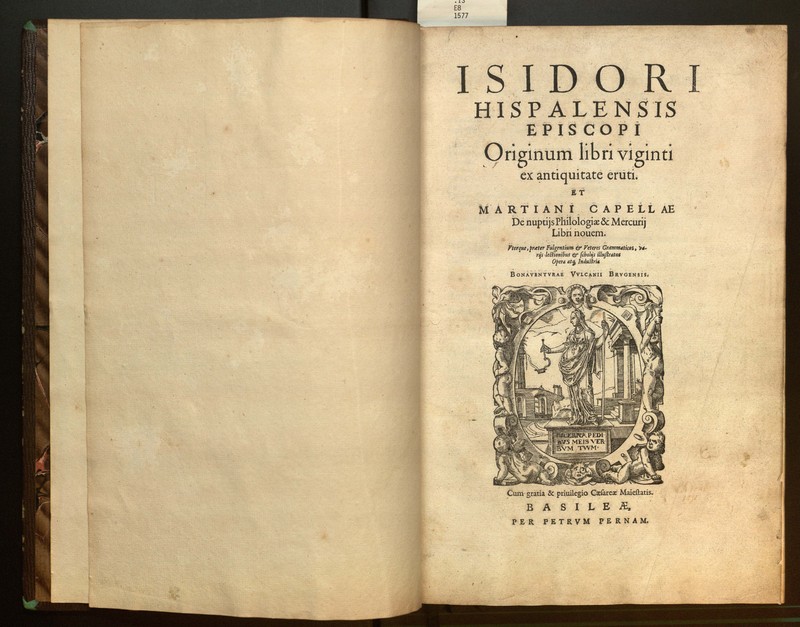 Isidore of Seville (560-636) was a bishop in Visigothic Spain, where he played an instrumental role in creating a unified Christian kingdom. In addition to his ecclesiastical and political roles, Isidore was also a prolific writer. The Origines, also known as Etymologiae, was particularly influential throughout the Middle Ages. Isidore began work in it at the request of King Sisebut. It is no less than a compendium of all knowledge according to the standards of the 7th century. It was divided into twenty books. He proceeds through each field of knowledge by providing the origins, mostly fanciful, of key words. Book Four, which is devoted to the field of medicine, contains the following

“The name of medicine is thought to have been given it from “moderation,” modus, that is, from a due proportion, which advises that things be done not to excess…For nature is pained by surfeit but rejoices in moderation. 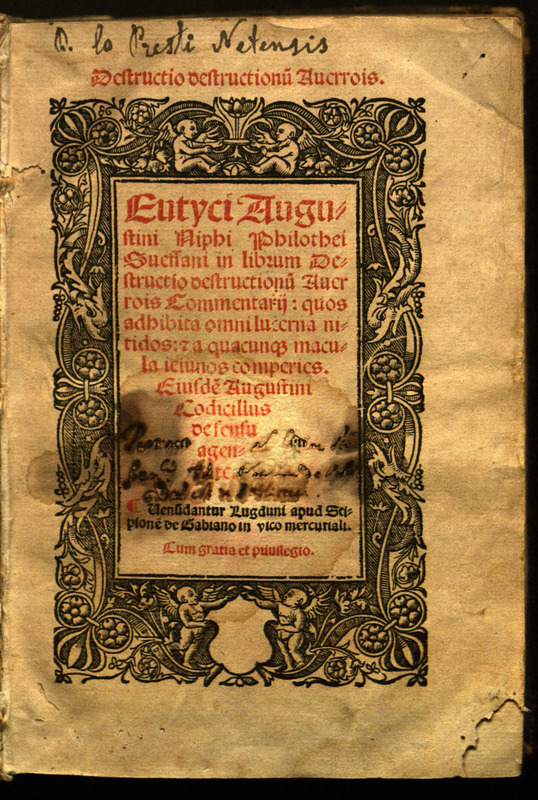 Averroës (Ibn Rushd, 1126-1198) was a Muslim philosopher born in Al-Andalus, or Andalucía of modern Spain. His commentary on Aristotle were influential during the later Middle Ages. In addition he wrote a medical textbook, the Colliget, that was used in European universities during the Middle Ages. The book below is a Latin translation untaken in 1328 by Jewish scholar Calonymos ben Calonymos ben Meir in 1328 of Tahāfut al-Tahāfut, rendered into English, the Incoherence of the Incoherence.  In this work, he refutes the arguments of orthodox Muslim philosopher and theologian, Algazali. Our edition was published in Lyons in 1529. 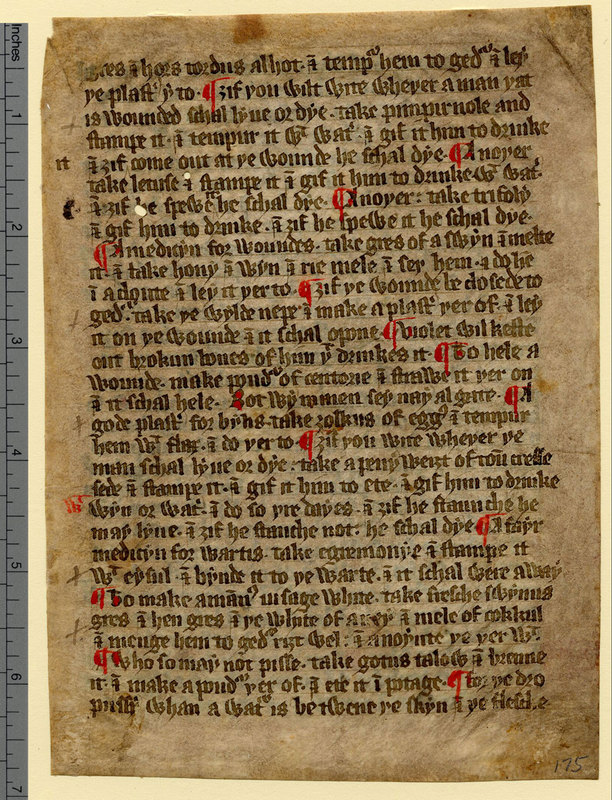 Gif you wilt wite wheþer a man þat is woulnded schal lýve or dýe. Take pimpirnole and  I tempur it wiþ water I gif it to drink I gif come out at þe wound he schal dýe. 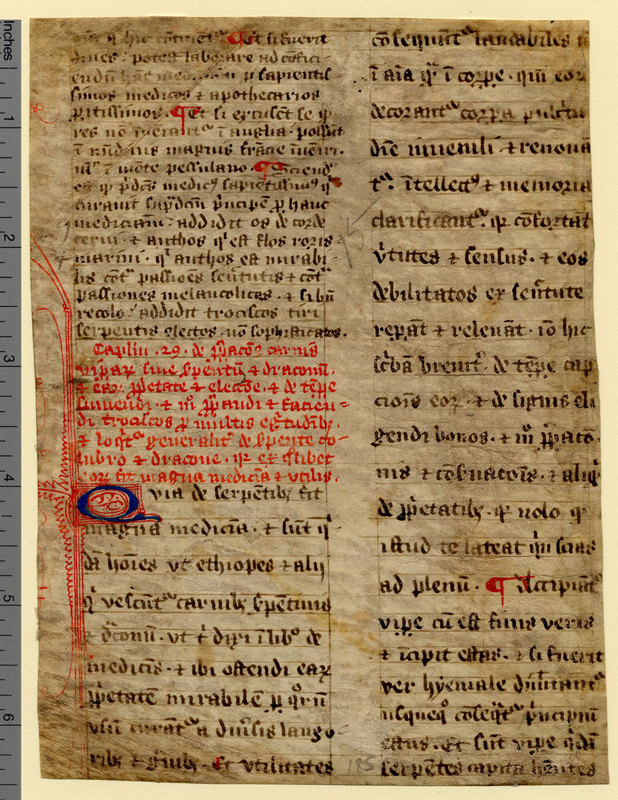 Roger Bacon (ca. 1214/1220-1292) was a philospher, scientist, and a member of the Franciscan order. Among various other writings, he produced an edition of De secretum secretorum, a popular work which presented a compendium of knowledge on various subjects in the fictional form of a letter from Aristotle to Alexander the Great. Its supposed Hellenistic origin notwithstanding, De secretum secretorum was probably composed in the tenth century in Arabic. It was translated into Latin in the twelfth century. Bacon produced his edition, with introduction and notes, in the 1280s. This leaf is from Part II, which addressed the medicinal properties of plants and minerals. 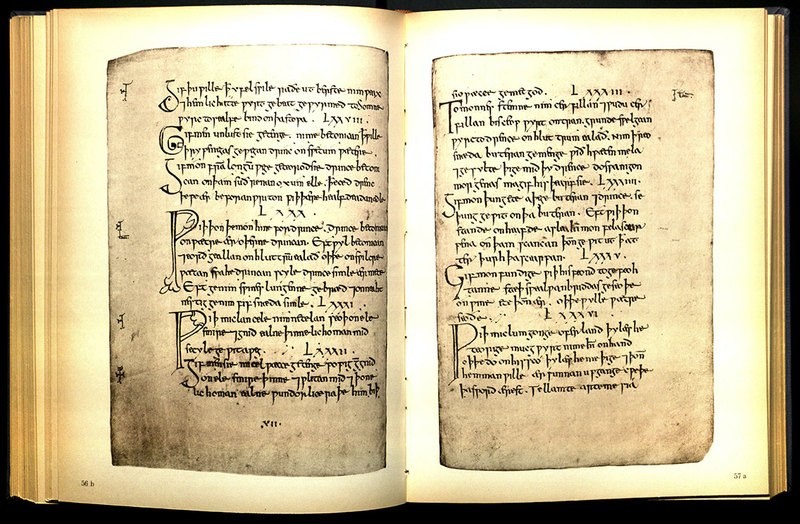 This facsimile reproduces a 10th century Anglo-Saxon manuscript  now at the British Library. It contains three collections of medical remedies. The manuscript contains a mix of native and imported medical knowledge. Two native physicians are mentioned, Dun and Oxa, and we can assume that Bald, who commissed the work to be copied, was also a physician. The book is open to the remedy for “water-elf-disease,” which modern scholars think was chicken pox. The following is Felix Grendon’s translation:

If a person has the water-elf disease, his finger nails will be livid and his eyes tearful and he will look downwards. Do this for him by way of medical treatment: take carline, hassock, the netherward part of iris, yew-berry, lupine elecampane, a head of marshmallow, water-mint, dill, lily, betony, pennyroyal, horehound, dock, elder-wood, earth-gall, wormwood, strawberry leaves, comfrey; steep them in ale, add holy water, sing this charm over them three times: --

“Round the wounds I have wreathed the best of healing amulets,
That the wounds may neither burn nor burst,
Nor grow worse nor putrefy,
Nor throb, nor be filthy wounds,
Nor cut in deeply; but let him keep the sacred water for himself,
Then it will pain you no more than it pains the land by the sea.”

Sing this many times: “May Earth remove you with all her might and main.” This charm may be sung on the wound.