McCutcheon on Marriage and Divorce 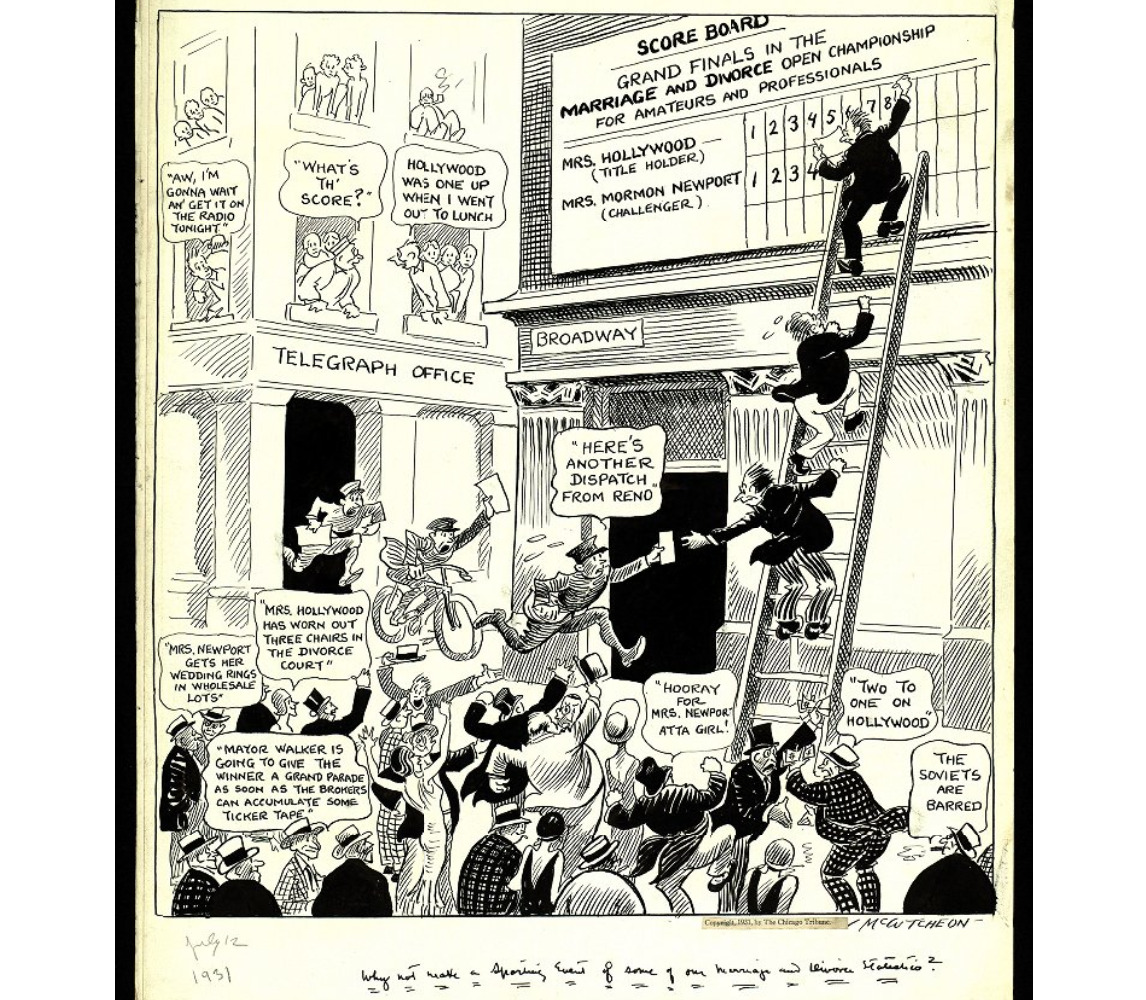 On July 5th, 1931 McCutcheon's cartoon “Why not make a sporting event of some of our divorce statistics” was published in the Chicago Tribune. This topic is different from what you would normally think of newspaper cartoons. The subject matter is making a joke out of a growing issue in the United States at the time, divorce. The cartoon depicts men running from the telegraph office and up a ladder to inform the scorekeeper to change the score. The scoreboard reads “Grand finals in the marriage and divorce open championship for amateurs and professionals.” There are people surrounding the board and watching with intent. In addition, they are asking questions about the score and cheering for certain teams.

At the time of publishing, John T. McCutcheon was happily married to his wife Evelyn Shaw. He had been married since 1917 and was 61 years old when he addressed the issue of divorce in this cartoon. In 1949, McCutcheon explored some of his past works in his autobiography. He reflected on the concept of familial values and stated, “There are many cartoon suggestions in those modern relationships, but somehow they seem so poignant and cutting that I cannot help thinking cartoons of them would hurt a lot of children.”[1] In this, McCutcheon is discussing the concept of divorce but considering the perspective of the children involved. McCutcheon himself grew up in a family with a great dynamic and felt both lucky and proud to have endured that. However, it seems that his ideas on the topic changed within twenty years. While the way of going about the issue of divorce might have been direct and slightly hurtful it is yet again another example of the way in which McCutcheon can portray a series of information no matter how widely different it seems. The relevance of the issue was dramatic enough to spark McCutcheon’s desire to draw and caption a comic about the topic.