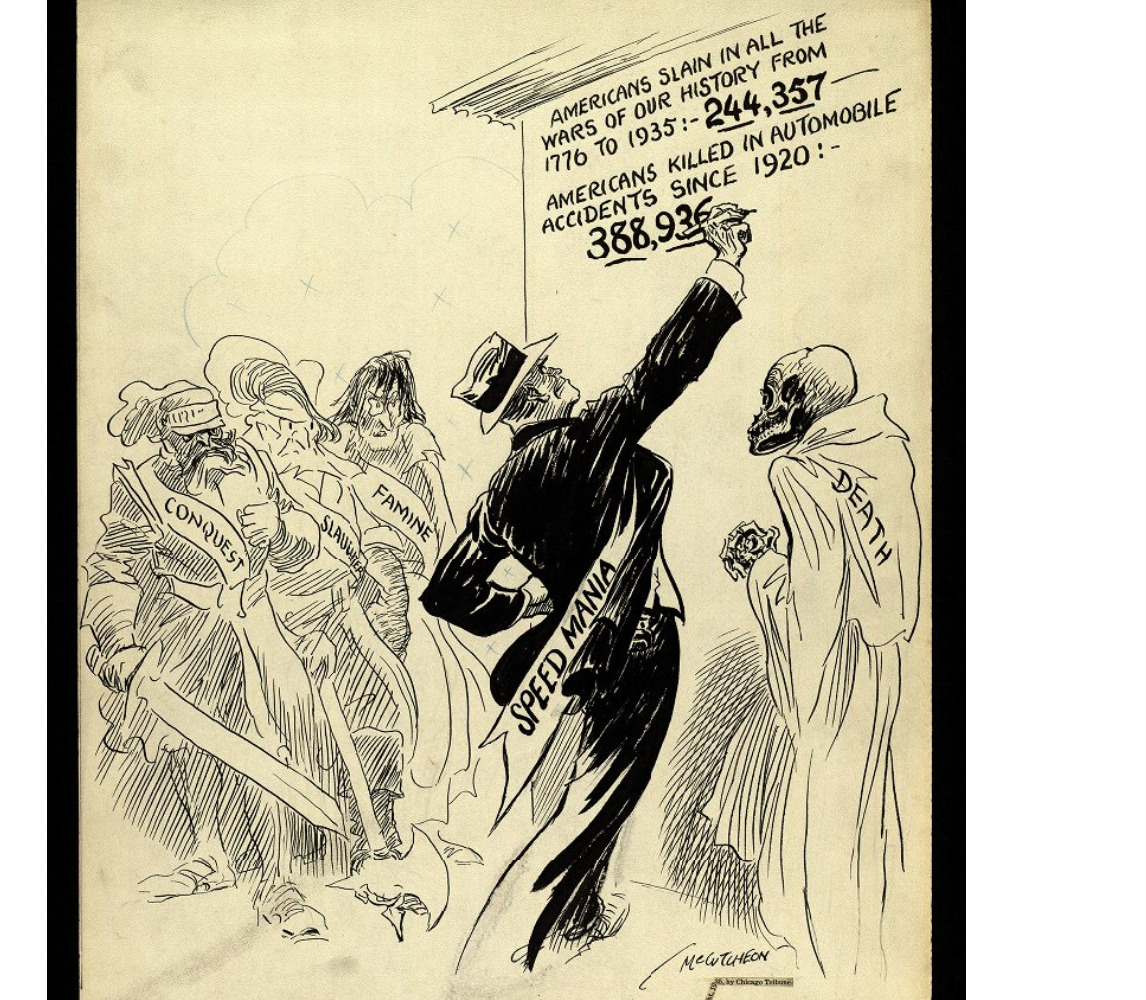 Published in the Chicago Tribune in 1935.

Published in 1935, “Speed Mania” represented the number of Americans killed in automobile accidents in the last 15 years. The cartoon depicts a character in a black suit that represents “Speed Mania.” Next to him, there are four other characters who depict conquest, slaughter, famine, and death. These characters are looking to ‘Speed Mania’ as he writes “Americans killed in automobile accidents since 1920: 388,936.” Above this newly written sentence reads, “Americans slain in all wars of our history from 1776 to 1935: 244,357.” The characters are looking at ‘Speed Mania’ in awe as he replaces their jobs of taking lives. This shows that automobile crashes are the new leading cause of death.

Automobiles made their popular appearance in the United States in the 1920s. Their popularization came 15 years prior to the publication of this cartoon. In that short span of time, many American lives were lost due to car accidents. Americans were slow to understand the importance of redesigning automobiles to be safer. The death rates within the first 15 years of creation continued to rise because automobile industries were not focused on safety, but instead were more concerned with making vehicles as profitable as possible. John T. McCutcheon likely published this cartoon to bring light to the fact that vehicles were not as safe as people assumed. Deaths per year were only increasing and it was evident that nothing would be done about this unless the general public deemed it an issue.[1] Additionally, McCutcheon used a comparison of deaths by war vs deaths by automobile crashes to shock the audience. Many soldiers who fought in World War I returned home and bought their first vehicle, not realizing the risk. It is clear that this cartoon was constructed with the purpose to educate the audience in a straightforward and blunt manner.