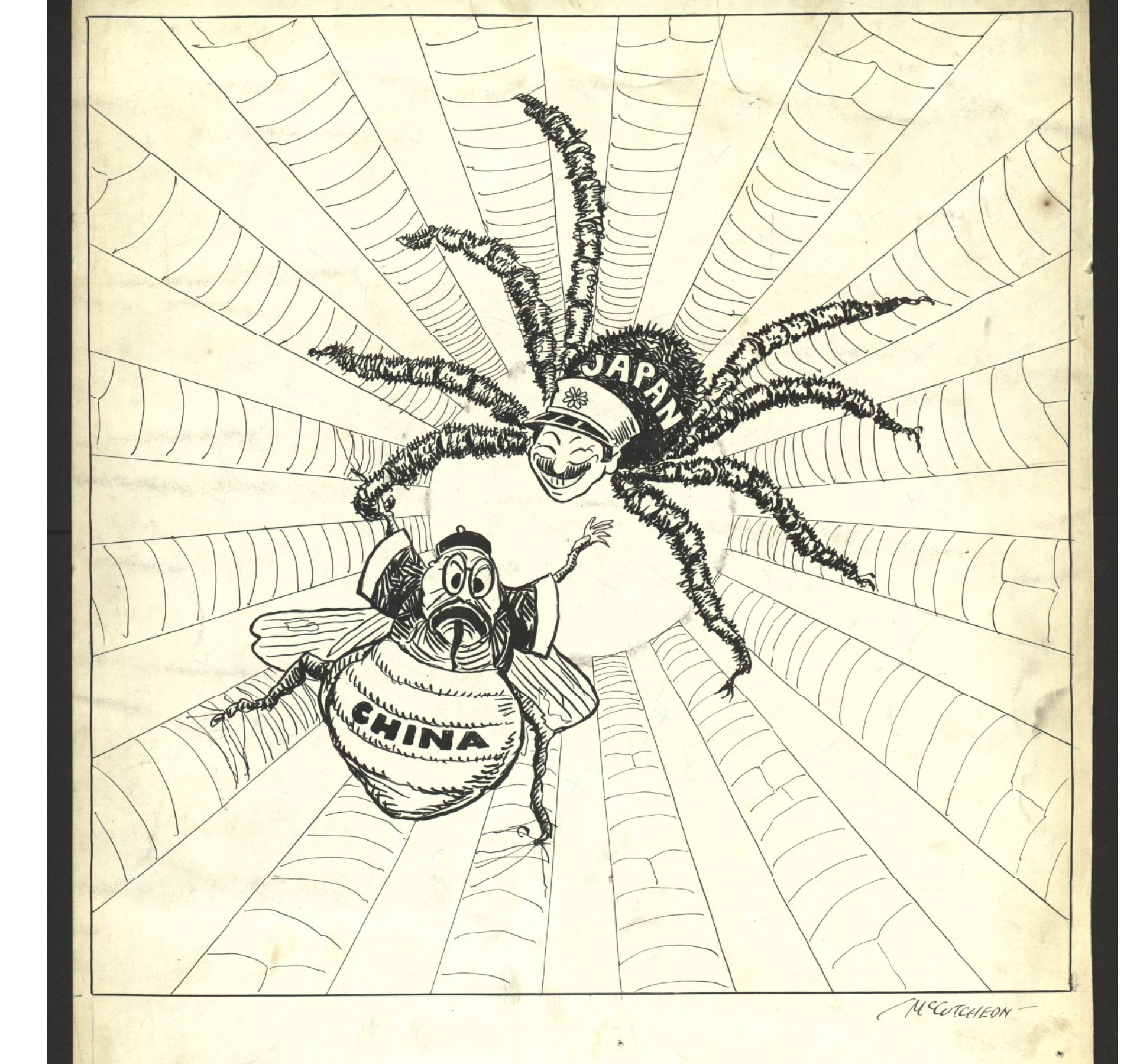 Published in the Chicago Tribune in 1930

In the 1930s McCutcheon was a seasoned cartoonist with the known skill of making cartoons on a variety of topics. This cartoon “China’s Place In The Sun” is no exception. In fact, it is a great example of a Chicago cartoonist focusing on more than just life as an American. The comic expresses John McCutcheon's desire to share information on global political issues. In 1931, Manchurian China (Northeastern China) was captured by Japan in an effort to secure rich land and material resources. McCutcheon portrayed this global issue as Japan catching China in their web and making them food. This issue was relevant because Japan invaded without declarations of war which in turn breached the rules of the League of Nations[1]. This spiraling of events was concerning to the rest of the world because it could mean trouble and the beginning of a second World War. It is very well possible that people were not aware of the global political event without McCutcheon’s input.

McCutcheon’s comics at the Chicago Tribune spread like wildfire and had an extensive audience. The paper was rising in circulation by the 1930s and had reported numbers of 650,000 in the decade prior.[2] The Tribune employed over 2,000 men and women; however, McCutcheon was of the most known and successful in bringing light to global political issues. McCutcheon wanted to appeal to everyone and if he believed that something was worth a cartoon it was worth the news. In addition, being of such high social status, McCutcheon was able to obtain information that the general public did not have access to. For example, at McCutcheon's prior career at the Chicago Record-Herald, he had formed relationships with world leaders such as Chinese politician Li Hung-Chang. In McCutcheon’s autobiography, he mentions briefly that he was involved in political discourse with Hung-chang regarding America’s position with the Philippines.[3] While this conversation took place in the late 1890s, McCutcheon was able to keep himself in the business of conversation with high world leaders and politicians. This provides a different perspective for McCutcheon as he is in a position of power, but tries immensely to relate to the average American audience.