The following section is not a detailed history of the genre, but rather, an exploration of the types of literature children have been exposed to throughout the centuries.

Emblem books, popular in Europe in the 16th and 17th century, are illustrated monographs with accompanying text that attempt to convey a moral message to the reader. Although emblem books were not specifically designed for children, they were often popular with children fortunate enough to have access to them. 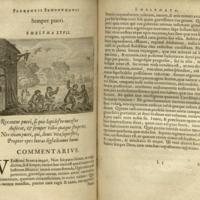 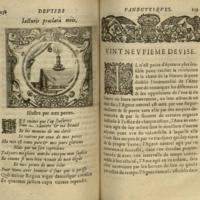 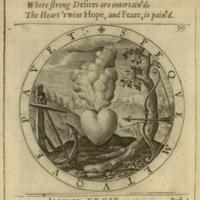 A Collection of Emblemes, Ancient and Moderne
by George Wirther.
PR2392 .E5 1635

Horn books were widely used by children from the 15th-18th century. These "books" were often made of wood covered with a printed alphabet page. A very fine, transparent slice of a cow's horn was nailed over the page to preserve the paper, making horn books a practical and sturdy tool. On these Horn Book reproductions, note that there are only 24 letters in the alphabet instead of the 26 we use today. In Tudor times, the letters "i" and "j" were the same as well as "u" and "v". Many horn books also included the Lord's Prayer, as religion was a significant part of a child's life. 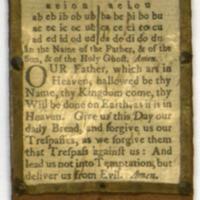 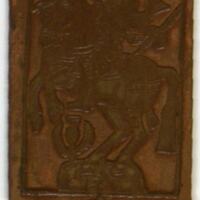 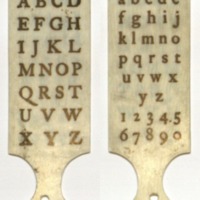 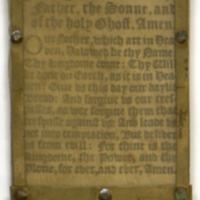 Landmarks In the Early History and Development of Books for Children
by Charles Welsh.
028.5 W465l

Battledores superseded the use of hornbooks as a popular reading tool for children and were widely in use by the mid to late-eighteenth century. Although Battledores had an emphasis on the alphabet and some maintained a "paddle-like" appearance, they differed from hornbooks in several ways. Battledores were not as sturdy as hornbooks because they were often made of cheap wood or a stiff, folded piece of cardboard. They generally lacked the presence of the Lord's Prayer and other religious material and tended to have a larger printing size. The success of the Battledore was due in part to the addition of illustrations and more entertaining material for children. 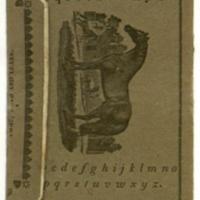 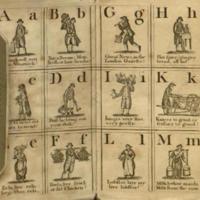 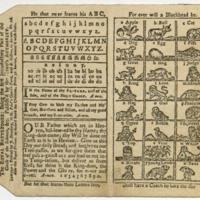 Landmarks in the Early History and Development of Books for Children
by Charles Welsh.
028.5 W465l