Freda Lingstrom with a puppet.

This collection of posters reveals many things about the world in the early twentieth century. International tensions were rising, and countries were desperate to boost their economy. One important way to improve both at once was to promote tourism. Many of the artists hired to create these posters were famous in their time and now, yet not everyone who created these posters have historically received recognition. There was an emerging group of women artists who, despite creating iconic posters, have been forgotten by history. One such artist is Freda Lingstrom, the only female artist in this exhibit of travel posters.

Freda Lingstrom (1893-1989) was born in Chelsea, London. She attended the Central School for the Arts, after which she worked as an illustrator focusing on poster art. In the late 1920’s she undertook a commission to create travel posters for the Norwegian State Railway.[1] One of these posters, titled Norway in September, is now housed here in Special Collections. Freda Lingstrom’s use of a modern, impressionistic style in her travel poster Norway in September, signified a future where female creatives could pioneer and succeed in the art world. 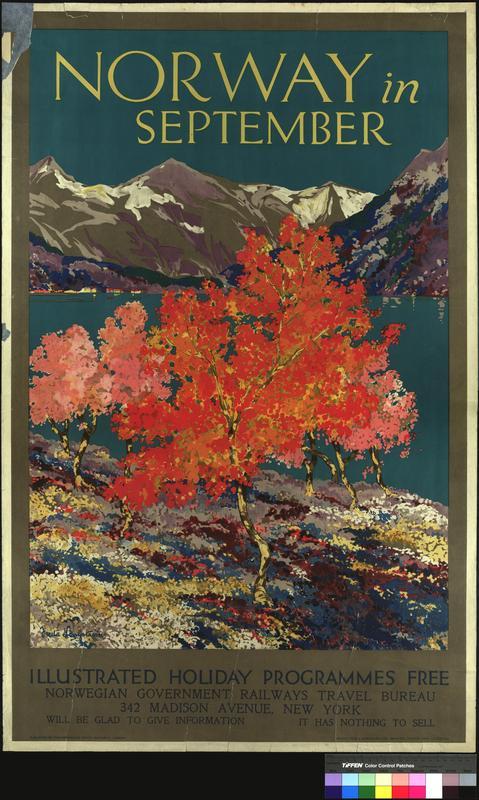 Norway in September uses an impressionistic style to depict red and pink autumn trees. Behind the trees is a fjord, with deep blue water and purple and green mountains covered in snow. The sky is the same color as the water, and small buildings appear in the distance. The grass beneath the trees incorporates the color palette of the rest of the poster, reds, pinks, yellows, white, and blue.  All elements of the poster are whimsical yet recognizable because of Lingstrom’s light but detailed brushwork.

The impressionistic movement sought to reject the teachings of previous artistic movements, especially those which strove to paint a perfect, idealized world. Instead, impressionistic artists chose to paint everyday occurrences using their emotions as a guide. These artists, as in the case of Freda Lingstrom, sometimes chose bright, extraordinary colors to contrast the realism of previous movements. The colorful design is offset by a subdued green and tan border, making the viewing experience more relaxing than overwhelming.

In 1933 Lingstrom wrote This is Norway, a guidebook to tourism in the country.[2] Lingstrom continued making poster art until the end of World War II, when the demand of advertising posters greatly diminished as photography, radio, and television emerged. She then shifted her focus from poster art to the production of children’s content. 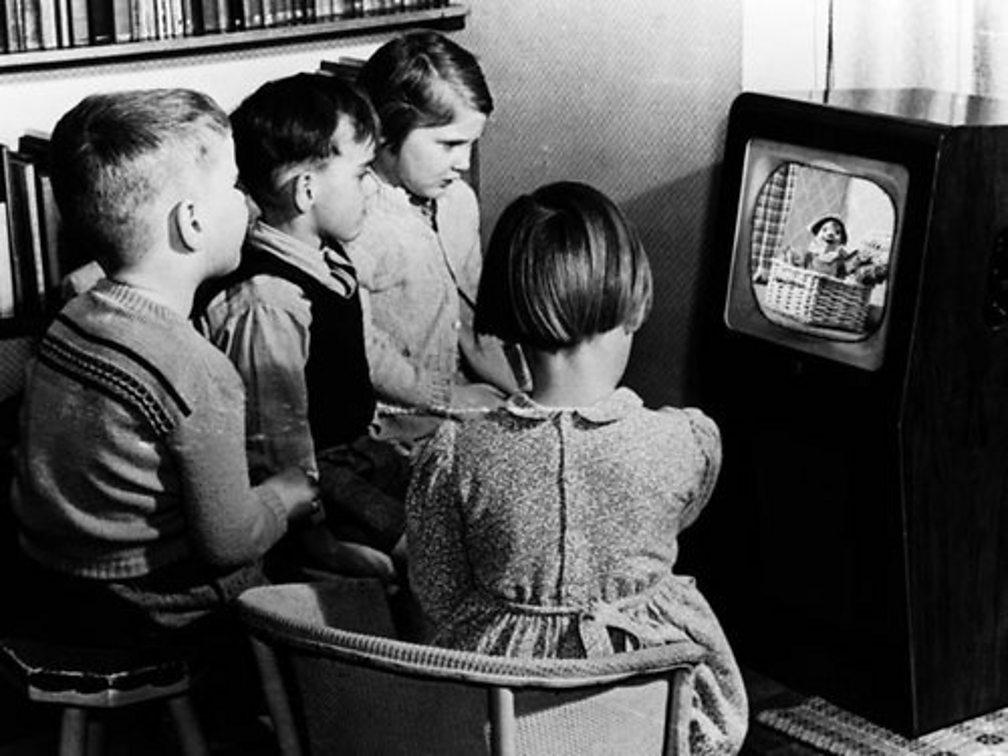 In 1950, with the help of Maria Bird, she created Andy Pandy, an experimental show which ran until 1970 and gained mass popularity. Soon after she was appointed Head of BBC’s Children Television. Lingstrom became a pioneer for modern British children’s television programs. As Head of the Children’s division, she advocated for children’s content with BBC executives, arguing that the department was a valid and successful division and therefore deserving of more airtime, funds, and employees.[3]

The art world needed new voices to propel impressionism and other modern styles forward, and after the death of many men in World War I, women became prime candidates. Women now had experienced working, or if their partner had died in the war, they now had to find ways to earn money for themselves. Women in the art world were less experienced with the previous teachings, allowing them to grasp the emerging styles with ease. Male supervisors could also pay the women less than their male counterparts, and not permit them to sign their work, giving the companies monetary gain and incentive to hire female artists. Lingstrom was one of the few British women to produce posters using these emerging styles in a male-dominated field. Other notable female poster artists focusing on modern styles were Freda Beard, Ellen Coates, Sybil Andrews, and Nancy Smith.[4]

Freda Lingstrom’s poster, Norway in September, is valuable as a tool to examine travel advertisements in the early twentieth century and as an example of the unflinching roles women undertook to transform art. Lingstrom is just one of many examples of women who embody the impressionism movement. As viewers we should identify the importance of bringing the spotlight onto the women who pioneered for the artistic culture we now enjoy.

← Norway: The Land of the Midnight Sun
Newquay in the Cornish Riviera →
Norway In September