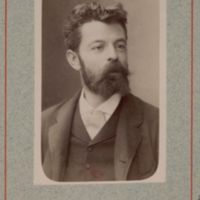 A photo of Gustav(e) Fraipont an artist and the creator of the lithographic poster Excursions à la Mer.

Gustave Fraipont or Gustav (1849-1923) was first born in Belgium and later became a naturalized French citizen. A professor, sculptor, painter, author, illustrator, and poster designer, Fraipont helped to shape the art world and transit experience: “He painted numerous posters for railway companies, including Chemins de Fer de l'Ouest and Compagnie des Chemins de Fer du Nord, as well as official documents and paper securities. His poster Pierrefonds, North company was reproduced in the magazine Les Maîtres de l'Affiche (1895–1900).”[1] He also contributed to many newspapers and magazines, such as French and Paris Courier. In 1905, he was appointed Navy painter and was commissioned to paint the destruction caused by the Great War after the Central Powers were defeated. 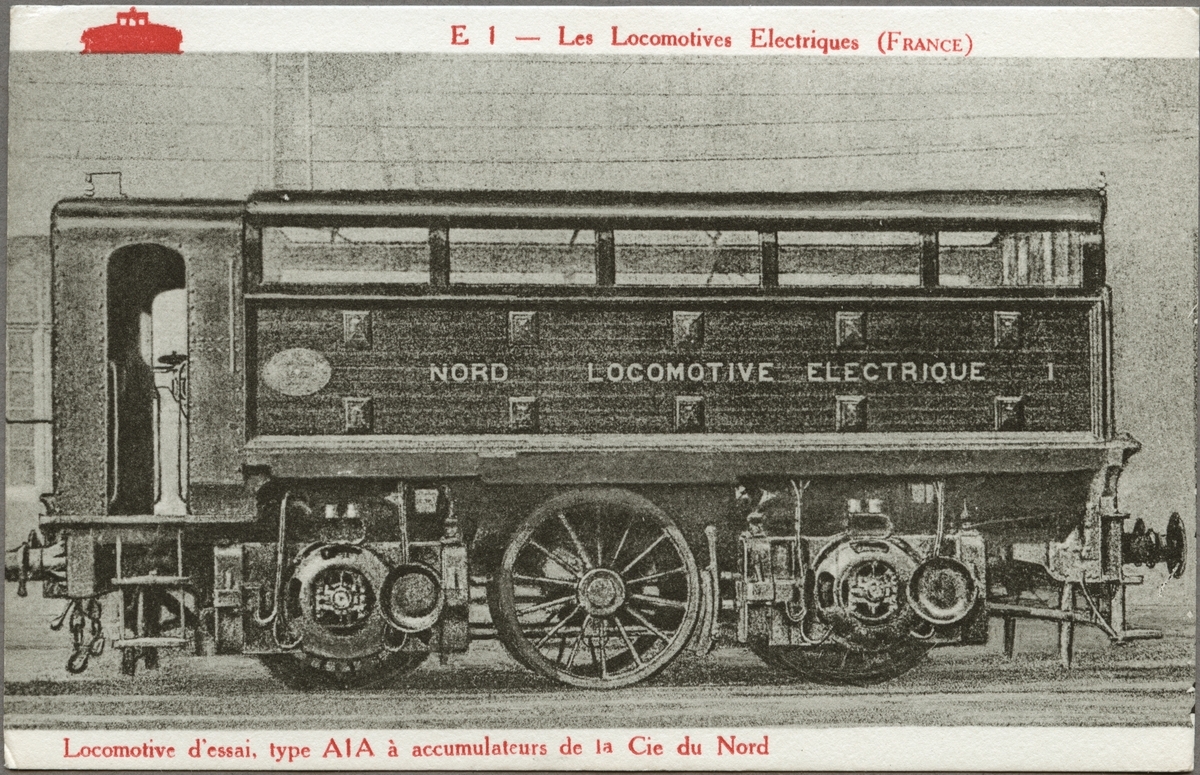 At the turn of the 19th century, the Gilded Age was at its peak, manufacturing companies were booming, and the idea of the middle-class began to take on a different definition. With a booming economy, many of the wealthy upper-class took advantage of trains and steamboats to take grand vacations either abroad or in their own region. 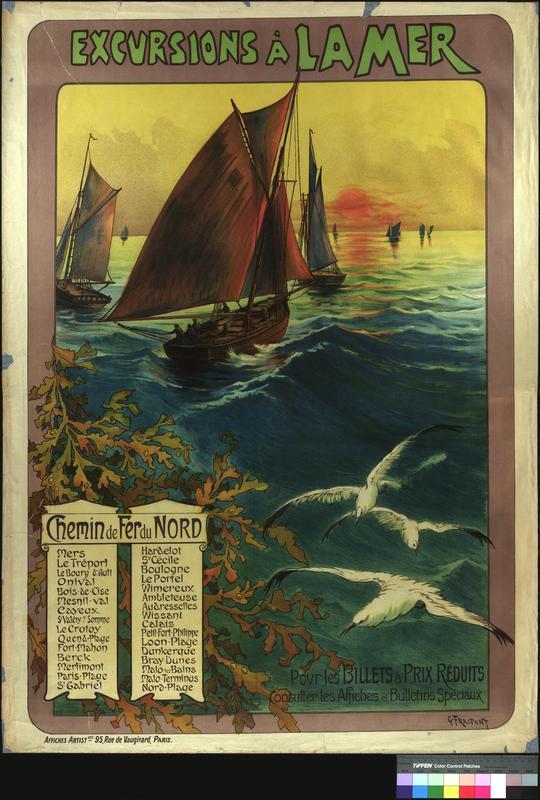 "Trips to the Sea," along with a list of places that you can set sail or dock at. Poster from the MU Ellis special collections.

In Fraipont's, Excursions à la Mer (ca. 1895) we are faced with a wide seascape, organic flowing lines, and natural elements like seagulls looking as if they are about to fly from the poster. The font of the poster gives it the illusion that it was crafted by hand. It is very ornate and written in calligraphy. The poster is backed on linen—as most lithographic posters are—and is meant to make the audience question further about the sea excursions offered in France. At the bottom of the poster, it reads, “Buy Tickets at Reduced Prices, Consult the Posters and Special Bulletins.” While doing research there were multiple other posters found with information on these seaside excursions. People could take the train from the inner city out to the seaside and from there go sailing or just enjoy a holiday at the sea.