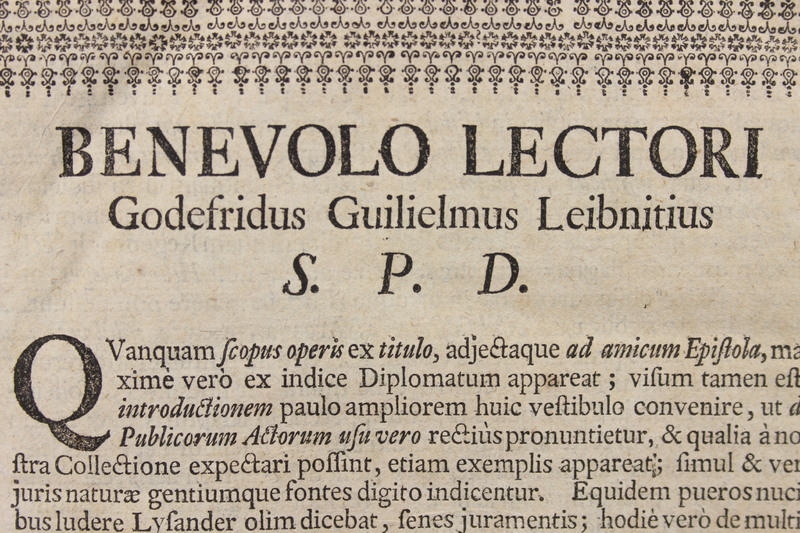 300th Anniversary of the Death of Gottfried Leibniz (November 14th)

Gottfried Wilhelm Leibniz is probably best known today as one of the inventors of the calculus, the other being Isaac Newton. Today it is generally agreed that each invented this branch of mathematics independently. The issue was much debated in the late 17th and early 18th centuries, however, with Newton himself accusing Leibniz of plagiarism.

Leibniz was a polymath, however, doing important work in many fields other than mathematics. Between 1687 and 1690, for example, Leibniz toured Europe gathering sources for a history of the House of Brunswick. Leibniz published these sources as the Codex Juris Gentium Diplomaticus (shown here), though the history itself was unpublished in his lifetime. 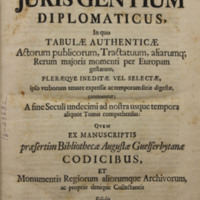