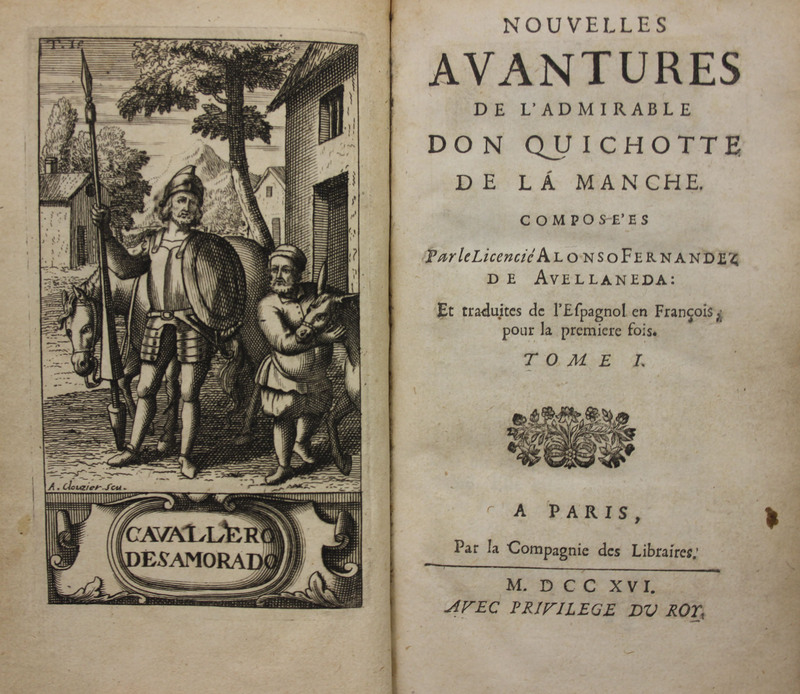 Miguel de Cervantes’s fame rests largely on one work, Don Quixote, which is often considered the first modern novel. The novel was published in two parts in 1605 and 1615 and was immediately recognized as a classic of Spanish literature—to such an extent, in fact, that the Spanish call their own language la lengua de Cervantes (‘the language of Cervantes’).

Since its first publication, Don Quixote has gone through innumerable editions; shown below is a 19th-century illustrated edition. Cervantes’s novel was quickly translated into English, the first part appearing in 1612 and the second part—the frontispiece of which is included below—in 1620. The novel has also attracted imitations, with Fernández de Avellaneda producing his New Adventures of the Admirable Don Quixote de la Mancha (shown at left) before the second part of Cervantes’s work was even published. 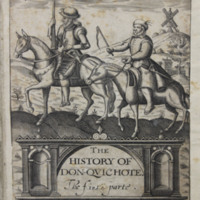 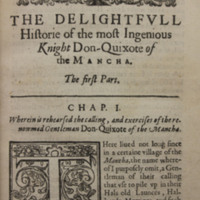