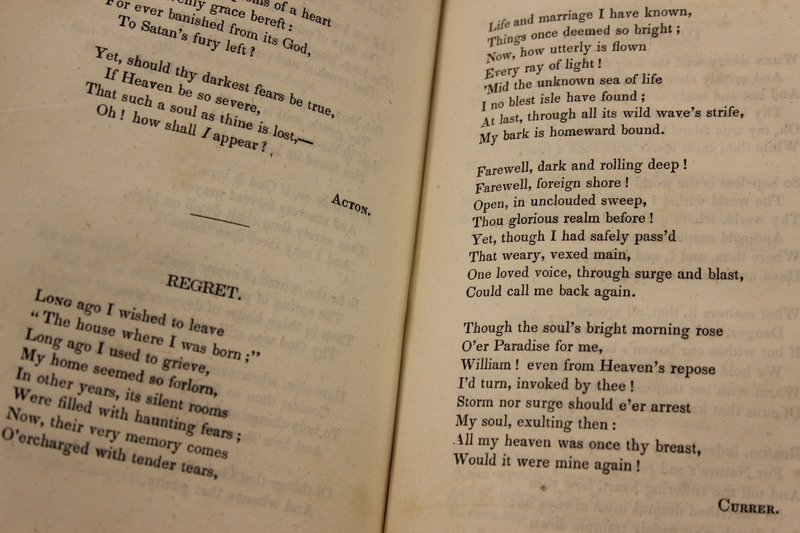 200th Anniversary of the Birth of Charlotte Brontë (April 21st)

Charlotte Brontë is best known for her novel Jane Eyre, but she was first published as a poet. Poems, a collection of pieces by Charlotte, Emily, and Anne Brontë was published in 1846; the first American edition, of 1848, is shown at left. The collection was published under the noms de plume Currer, Ellis, and Acton Bell, preserving the initials of the actual authors, but hiding their identities.

But Charlotte Brontë in fact began her literary career many years earlier and several short stories from her adolescence survive in manuscript form. Special Collections & Rare Books at the University of Missouri has the original of one such manuscript containing the stories The Secret and Lily Hart (included below). 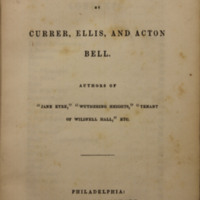 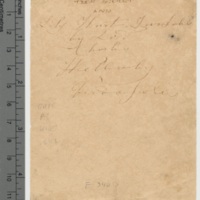 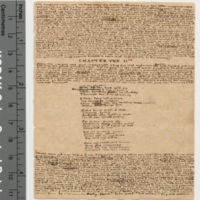 Text page, including a poem. 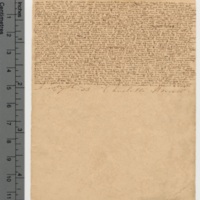