Nuremberg was one of the most important cities in the Holy Roman Empire. Friedrich II granted it independent status as an Imperial City in 1219. As an Imperial City, it was answerable only to the emperor himself. Subsequent emperors granted it further privileges. Charles IV’s Golden Bull of 1356 established that the first Imperial Diet of each new emperor would be held in Nuremberg. In 1423, Emperor Sigismund entrusted them with the care of the imperial crown jewels, which remained there until their removal to Vienna in 1796. Additionally, Nuremberg amassed territory until it controlled 1,220 square kilometers, making it equivalent to a small barony in its own right.

The city was ruled by a council of lesser noble families (referred to as the “patricians” since the 16th century) who maintained iron control over all political and economic aspects of the city. The patricians’ grip on the city only intensified after a failed artisans’ uprising in 1349. Skilled trades were kept under city administration rather than the more conventional guild system practiced elsewhere in Germany. Medieval Nuremberg was known for the quality of its metalworking, textiles, and printing. Nuremberg was also a prominent production site for playing cards from 1380 into the 1800s, and this industry provided skilled artists who would illustrate the Schembartbücher.

In 1525, Nuremberg became the first major German city to convert to Protestantism. Martin Luther commented on the city’s importance in an April 1528 letter to Helius Eoban Hessus, calling it the “eye and ear of Germany, which sees and hears everything.” The prominent Lutheran cleric Andreas Osiander lived in the city until 1549. Perhaps not coincidentally, the Schembartlauf went on a fourteen-year hiatus the same year that Lutheranism was adopted, the longest hiatus of the carnival’s history. It would return in 1539, but let us not anticipate.

This then is the stage for the Schembartlauf: a powerful city ruled by a strict city council, a city known for its textiles and its book production, and a city that would eventually become one of the Protestant strongholds of the Reformation. 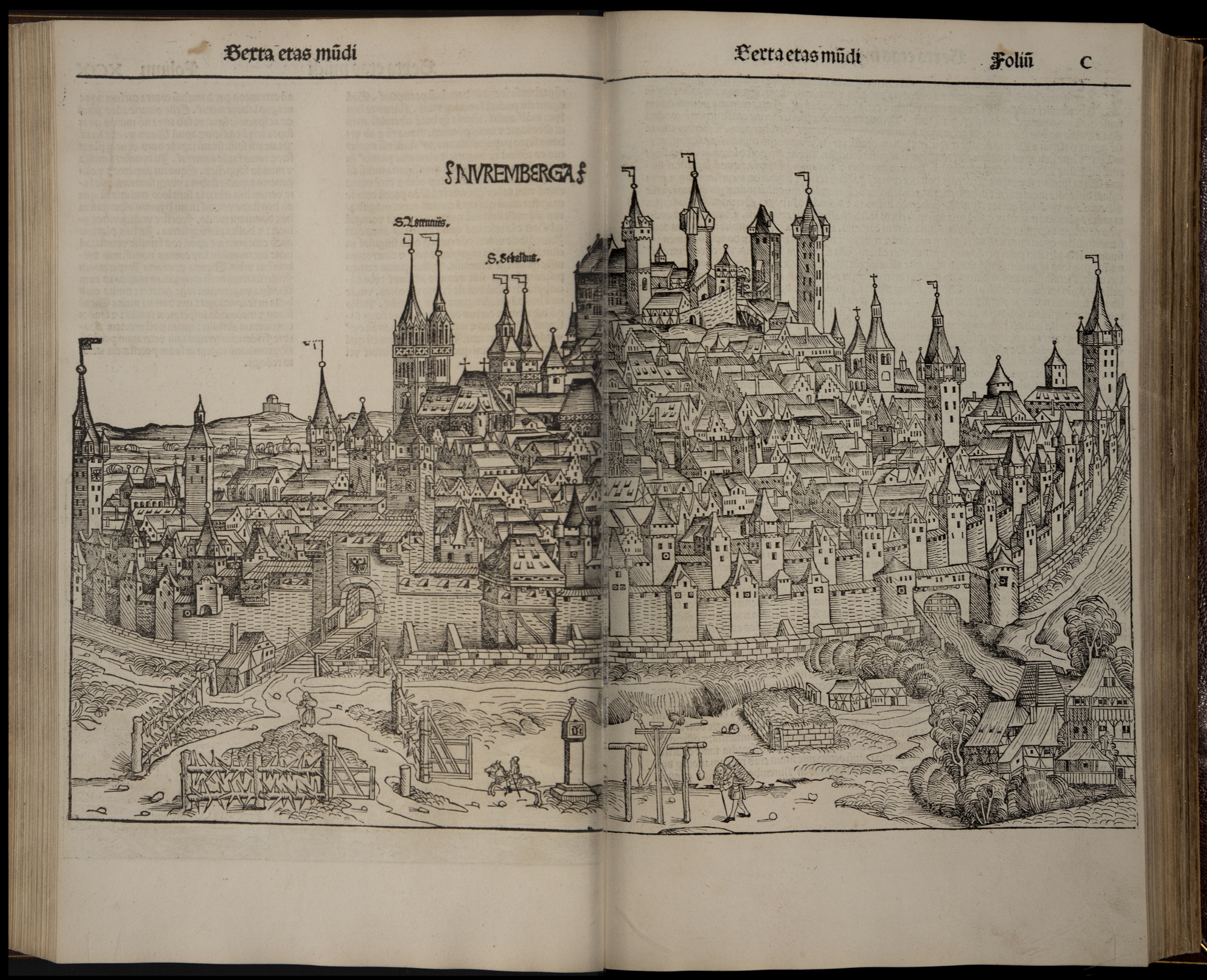 Nuremberg as depicted in the Nuremberg Chronicle (1493).