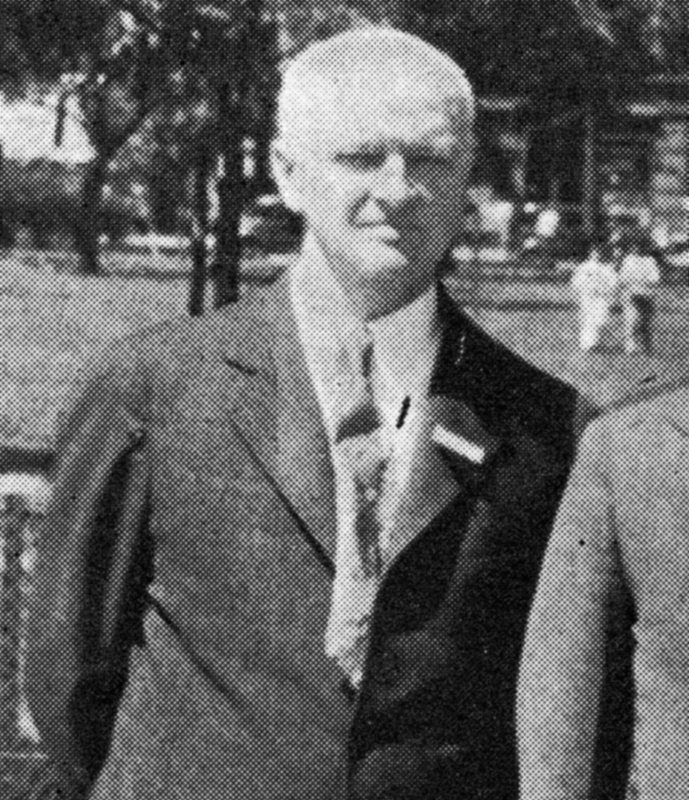 Portrait of Harry Laughlin from A Decade of Progress in Eugenics (Baltimore, 1934)

Laughlin was born in Iowa and graduated from the First District Normal School in Kirksville, Missouri (Truman State University). Always an ambitious self-promoter, he began a correspondence with Charles Davenport and, when they finally met in January of 1909 at the American Breeders Association meeting held in Columbia, Missouri, Davenport was impressed with Laughlin’s energy, ambition, and enthusiasm. When Davenport secured private funding for the Eugenics Record Office (ERO) in 1910, he invited Laughlin to come to Cold Spring Harbor Laboratory and become the first superintendent of the ERO.

Laughlin had two principal interests in eugenics: immigration restriction and compulsory sterilization of the "unfit." One of Laughlin’s most significant contributions was the drafting of a model eugenic sterilization law that states could use to craft constitutionally sound state statutes.

Laughlin had strong contacts with fascist Germany from the early 1930s. The Reichstag passed the Law for the Prevention of Hereditarily Diseased Offspring in 1933, which was loosely structured on Laughlin’s model eugenic sterilization law. Laughlin applauded the vigorous application of the law in Germany; 350,000 individuals were sterilized under the law during the twelve-year life of the Third Reich.

In 1936, the University of Heidelberg awarded Laughlin an honorary doctorate for his work in the science of “race hygiene.” He also was a member of the editorial boards of several German journals devoted to race hygiene. Western newspaper reports about the extensive application of compulsory sterilization in Germany began to appear in the late 1930s. By the beginning of the 1940s, eugenics in the United States was largely discredited and more associated with fascism and racism than credible science.