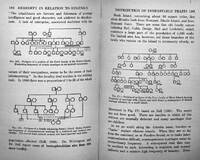 After the creation of the Eugenic Record Office in 1910, Charles Davenport became the most influential and powerful eugenicist and propagandist for eugenics in the United States. Directing the primary American organization for promoting eugenics education and popularization, Davenport was without peer or rival in the American Eugenics movement. His close contact and cordial relations with many of the wealthiest philanthropists in the United States who had eugenic interests allowed him to control the purse strings of the movement. John D. Rockefeller, the widow of railroad magnate E.H. Harriman, and Andrew Carnegie were sources of funds that he cultivated carefully and attentively.

For Davenport eugenics provided a practical approach to addressing societal problems: “It is a reproach to our intelligence that we as a people, proud in other respects of our control of nature, should have to support about half a million insane, feeble-minded, epileptic, blind and deaf, 80,000 prisoners and 100,000 paupers at a cost of over 100 million dollars per year.”

Heredity in Relation to Eugenics was used widely in the United States and abroad as a textbook for college and medical school course in eugenics and health.