Zora Neale Hurston was driven; active in the literary revival of the Harlem Rennaissance until personal and creative differences with Langston Hughes pushed her out of many publishing opportunities. She was the first Black student at Barnard College after literary contest success in a 1925 issue of Opportunity: Journal of Negro life. 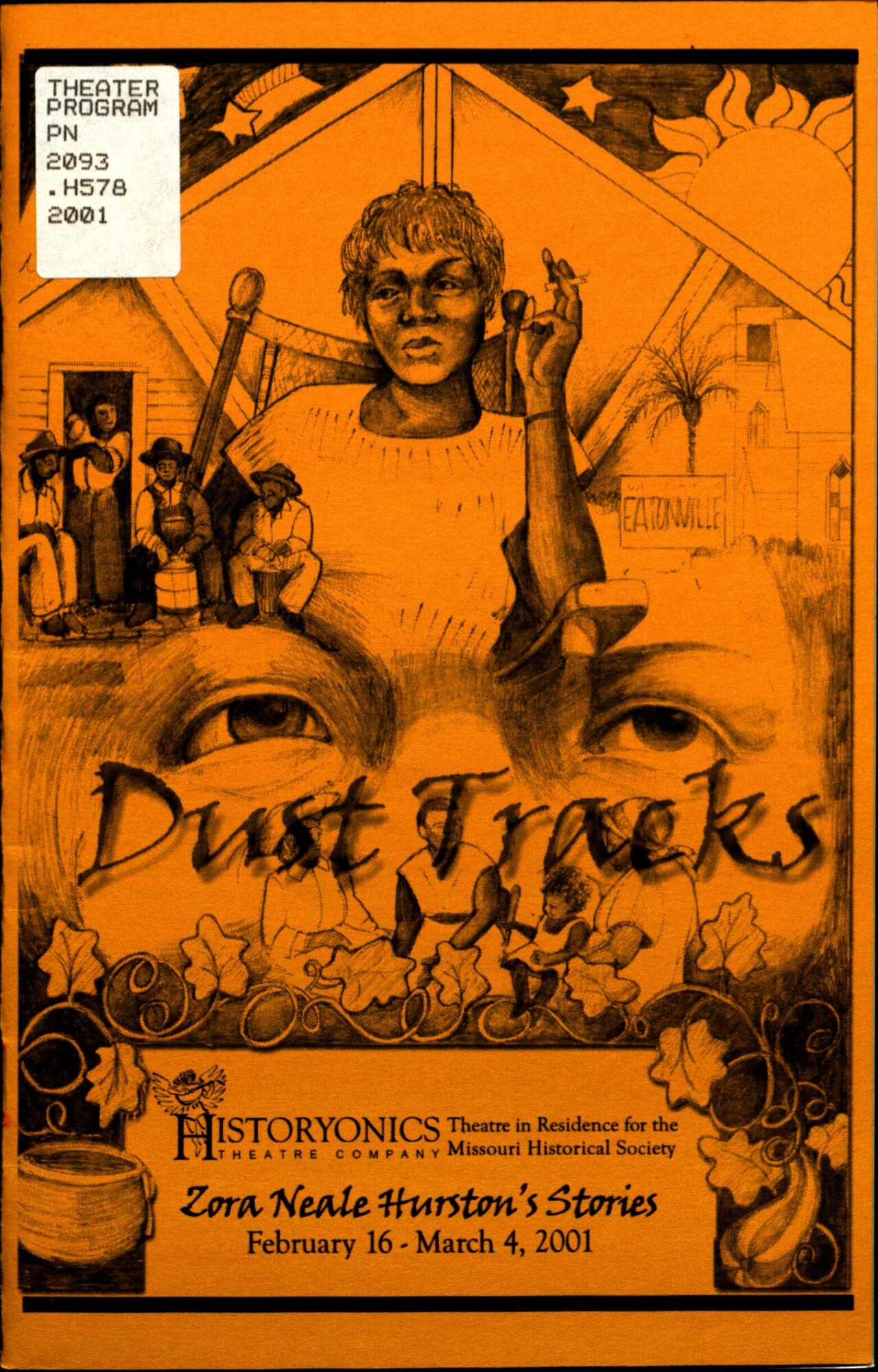 Dust tracks: Zora Neale Hurston's stories, (or, Back to walking on flypaper)

The first selection is a 2001 Missouri theater program from Historyonics Theatre Company in St. Louis, "Dust Tracks: Zora Neale Hurston's stories (or, back to walking on flypaper)." The full pamphlet is available here and includes actor and ensemble introductions, with reflections from the producer and director.

ZNH presented “Negro theatre” to Black and white audiences while resisting “self-ghettoizing.” Folk culture is a source of Black dignity and pride. It is an important self-affirmation and resistence to Euro-centric cultural domination at a time when Black communities were being destroyed or expelled by white neighbors of all social classes.

The Harlem Renaissance was originally known as the "New Negro Movement," after a 1925 anthology edited by Alain Locke. In addition to literature and writings, Black citizens and veterans returning from WWI deployment celebrated their own lives with music, dance, art and fashion. Hurston was openly and consistently against the diluting of Black lives and culture to appeal to white audiences, whether that was modifying dialect and word choice, or gentling a moral. 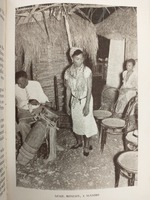 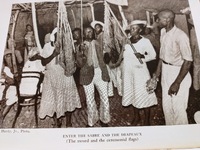 Zora Neale Hurston was a charismatic tornado, making connections to creators, patrons and other anthropologists. Rosamund Johnson, brother to famed author James Weldon Johnson, composed for some of Hurston’s plays. Modern classes may teach about Hurston's short stories, but her creative contributions are equalled only by her own academic contributions.

As such, the second selection is Tell my horse, a fascinating and thorough publication of cultural anthropology which explores Haiti's relationship with its colonial past, various religious influences, while incorporating native Haitian and pan-African cultures and beliefs. 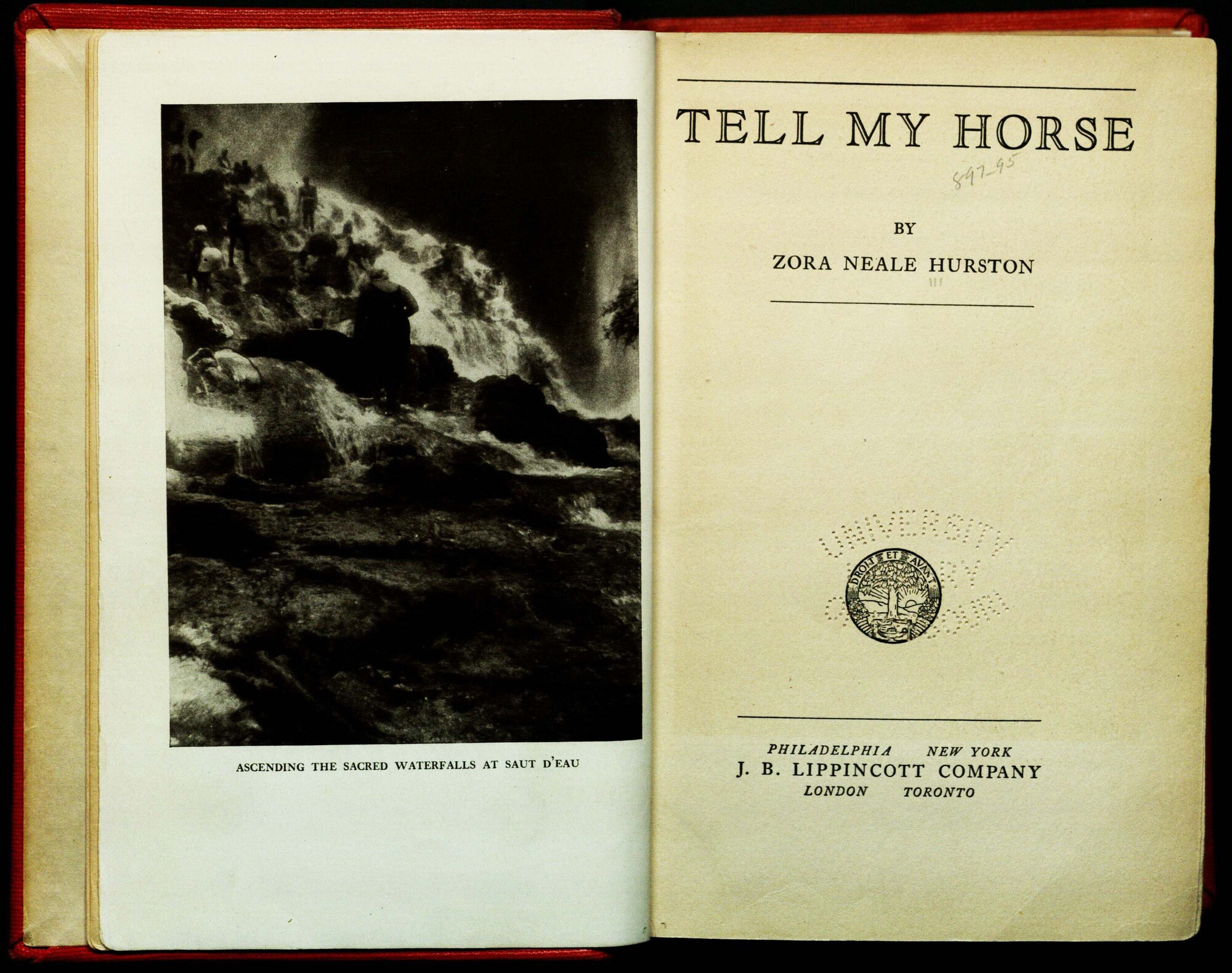 Hurston recorded legends, traditions, and rituals by word and picture. Her writing is fluid and engaging throughout, including just enough of herself in the narrative that the reader feels like they are travelling with Hurston. The end of the book contains an appendix of the many songs she was able to capture.

Folk culture stands on its own, valuable enough to be preserved as is, without intellectual meddling. Hurston knew that Black folk culture is real and alive, and has value without “cultivation” or refinement to appease Black intelligentsia who dominated the Harlem Rennaissance at that time.

Hurston had faded from the public consciousness after her forced retirement from the Black publishing industry. Thanks to several hard working researchers and writers, first and foremost Pulitzer Prize winner Alice Walker, the novelist, poet and social activist, Black literature and academia has recovered an early female pioneer in those fields.