"[I'm] an observer and reporter. I am recording what happens, so others can see and so this may not happen to others."

Traditionally, major university and rare books donors have collected works from the Global North, which has been dominated by men, white creators and mainstream publishers. This exhibit was born out of a desire to showcase materials within Special Collections at the University of Missouri that were produced by historically excluded people. We want all of our students to be able to see themselves, and their experiences, reflected in our collections.

Here are several historically excluded people who created exquistely detailed plays, novels and articles. Artists who created new and modern works while incorporating traditional colors, styles or compositions. These writers and artists continually represented and challenged themselves, their community and, at times, their audience while living through the Great Depression, world wars, social upheaval and rapid cultural changes. The Civil Rights Movement happened within our living memory. Our parents, our grandparents challenged norms and laws, often at their own expense. Laws have changed over time, but never quite managed to keep up with the changes our society calls for.

Lydia Maria Child, for example, used the autonomy afforded to her by being white to write and publish several pamphlets, articles and editorials to argue for Black emancipation to white voters and politicians. On the other hand, Zora Neale Hurston recorded the real life experience of the people and communities close to her with the utmost understanding. Leaders and heroes are significant for a multitude of reasons, and we hope that you will feel connected to, and moved by, the lives and works of these amazing artists, writers and creators. 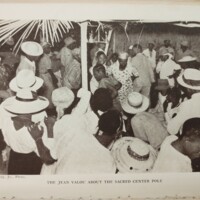 The Jean Valou about the sacred center pole. 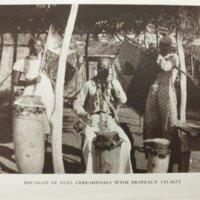 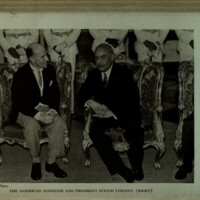 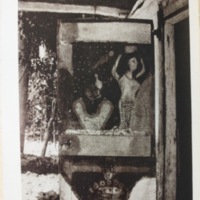 Door of room to Erzulie

A word on terminology and respect:

The term “Black” is being used to refer to Americans of African descent. The word is capitalized to express the shared experience of Black individuals within the United States. Black Americans have developed a culture unique from the myriad peoples and cultures on the African continent and the term Black attempts to honor that distinction.

The term “Native American” is used to refer to indigenous peoples who were living in the Americas prior to the arrival of European colonists in the fifteenth and sixteenth centuries. We are aware that it is a problematic term, as it conflates numerous cultures and nations into one category. To combat this, we use the names of the Native American nations alongside “Native American” wherever possible.