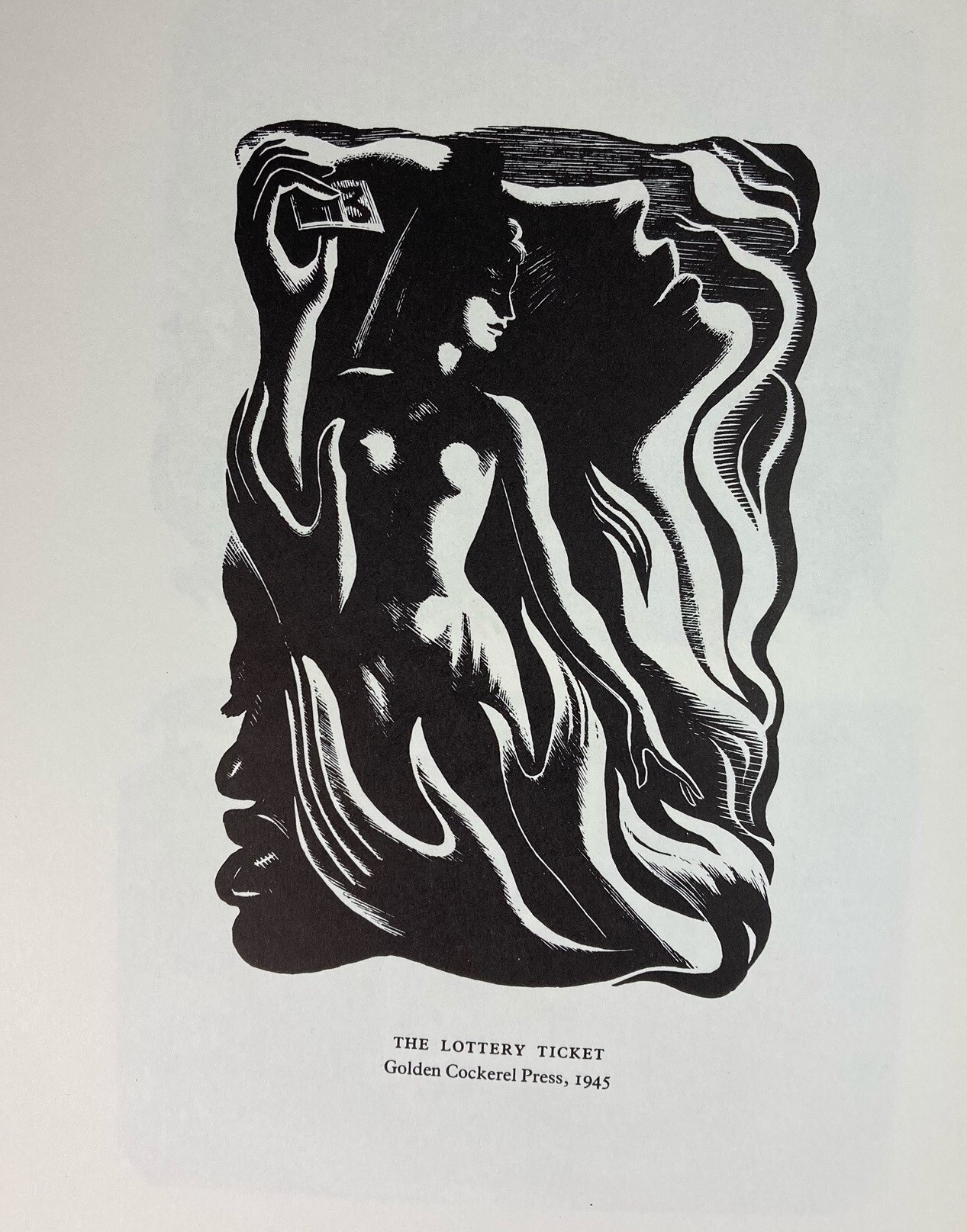 Wood engraving is a specialized form of woodcut. Rather than using the face or edge grain, wood engravers use the end grain, which is tighter and allows for more refined linework. On the face or edge grain, carving across the grain can tear the fibers and distort the resulting image. Wood engraving requires very hard wood and boxwoods are the most commonly used material. It combines the hard-wearing qualities of the woodcut with the fine detail work of engraving, making it a popular choice in the nineteenth century for illustration. 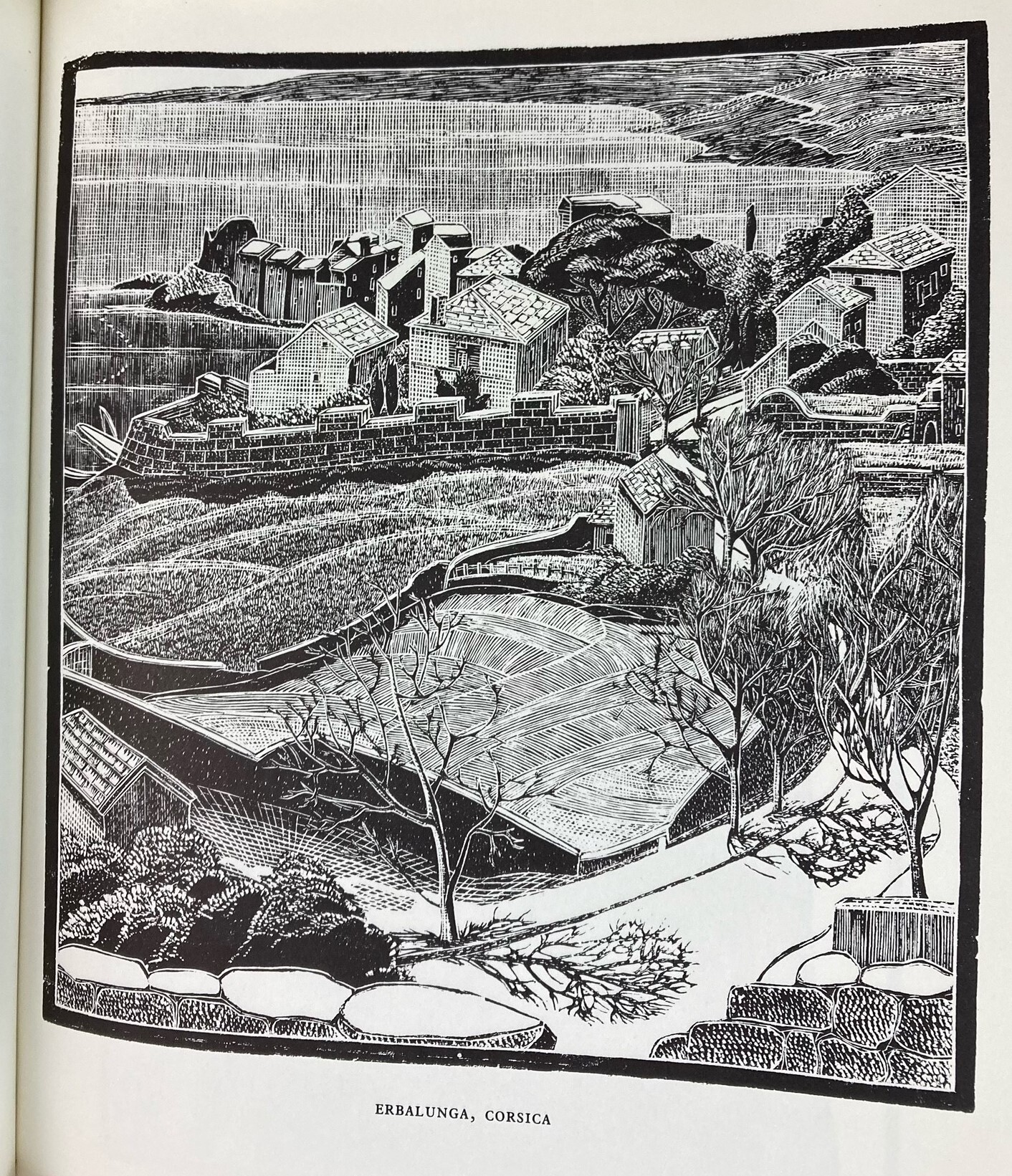 Wood engraving was probably developed some time in the 1700s and became more well-known in England through the work of Thomas Bewick (1753-1828). Bewick did not invent wood engraving, but made a concerted effort to highlight its capabilities and brought respectability back to xylography as a means of illustration. His copiously illustrated History of British Birds (1797-1804) was the first extended use of wood engraving. After Bewick, wood engraving was mainly used as a way to copy other art for prints, magazines, and newspapers, since it could be printed alongside the text rather than requiring two different presses for illustration and type. Wood engraving as an artistic medium had its major revival around the start of the twentieth century as part of the Arts and Crafts movement, which affected everything from education to architecture. 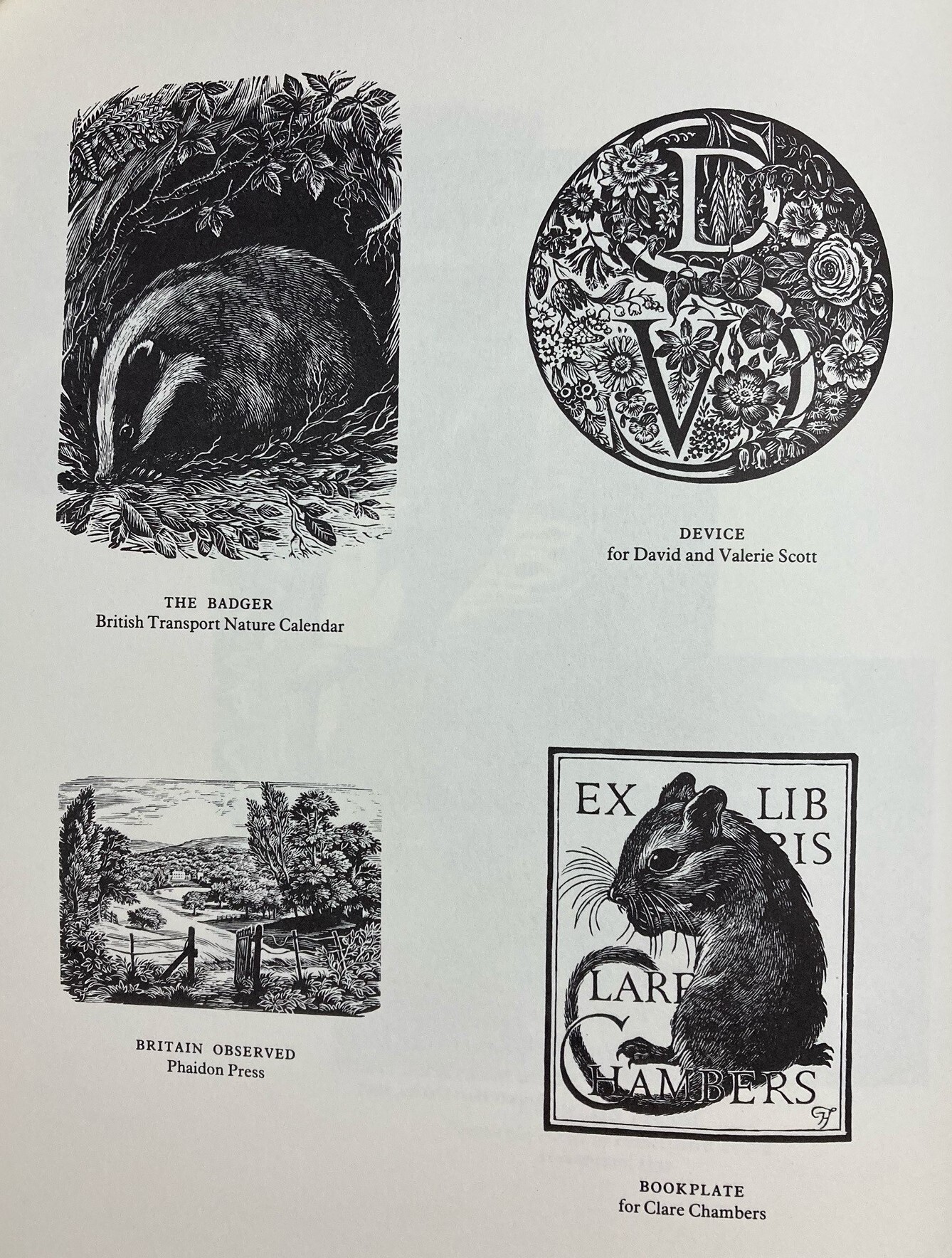 Special Collections has a copy of Shall we join the ladies (1979), a companion book to an exhibition of women artists working with wood engravings. It was very hard to select just four images for our own exhibit — everything in the book was featured in an exhibit, after all — but we settled on these four because they give a sense of the range of possibilities in the art form. 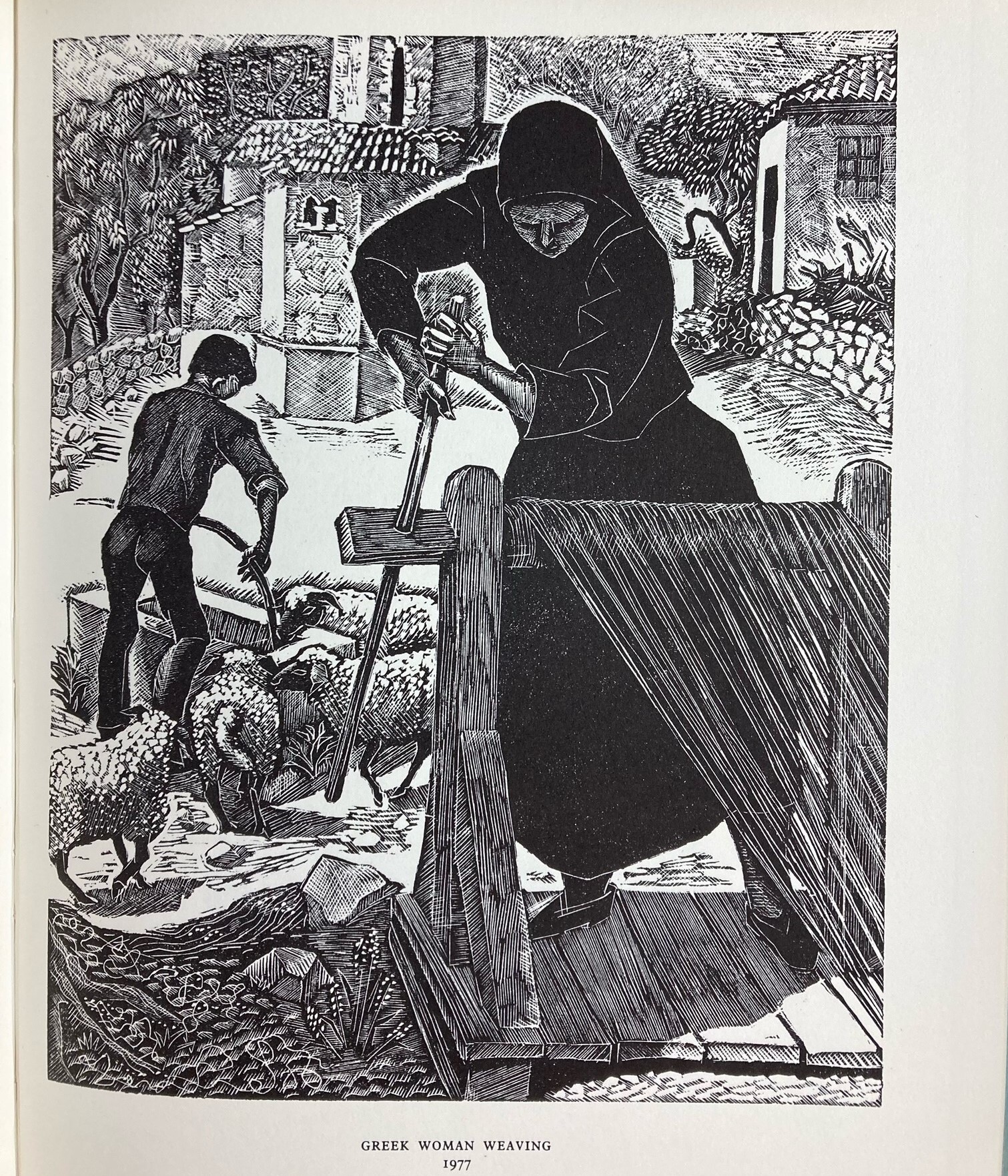 Joan Hassall’s “The lottery ticket” is full of shadows and dark spaces so densely packed that the linework often disappears, whereas Rachel Reckitt’s depiction of the Corsican landscape relies heavily on thin lines layered alongside one another. Dorothy Fairley’s four little devices and vignettes similarly emphasize fine linework and attention to detail, and Dorothea Braby’s "Greek woman weaving" combines the two approaches, featuring both large dark shapes in the foreground and fine lines in the background.