Cartography is the art and science of map-making.

During the late 16th and 17th centuries, cartography was experiencing a peak of knowledge intensified by the Dutch Golden Age. The Dutch Golden Age was a period of exploration, navigation, and colonization. The Dutch used their excellent sea-faring and navigational knowledge to traverse across the world reaching uncharted lands providing new geographical insight into Africa, Asia, and the New World. The Dutch were a 17th-century global powerhouse. 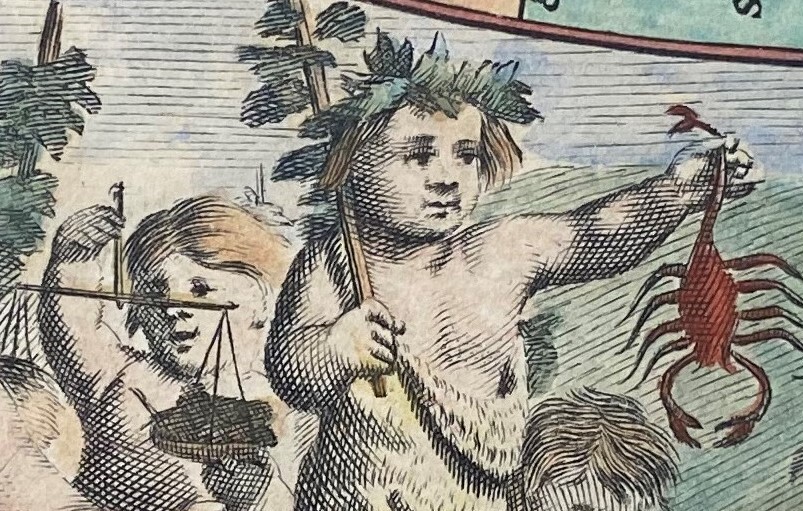 Maps produced by Dutch artists were well known for their inclusion of elaborately decorated borders and embellishments filled with illustrations known as cartes-à-figures. Cartes-à-figures are paneled borders that are featured on two, three, or four sides of a map and during the early 17th century were abundant. The Dutch used cartes-à-figures to illustrate allegorical or anthropomorphic representations of the four seasons, the four continents, and astrological bodies among many other entities. Imagery decorating a map’s border added to the overall attractiveness of a map, its geographical context, and in turn its salability. 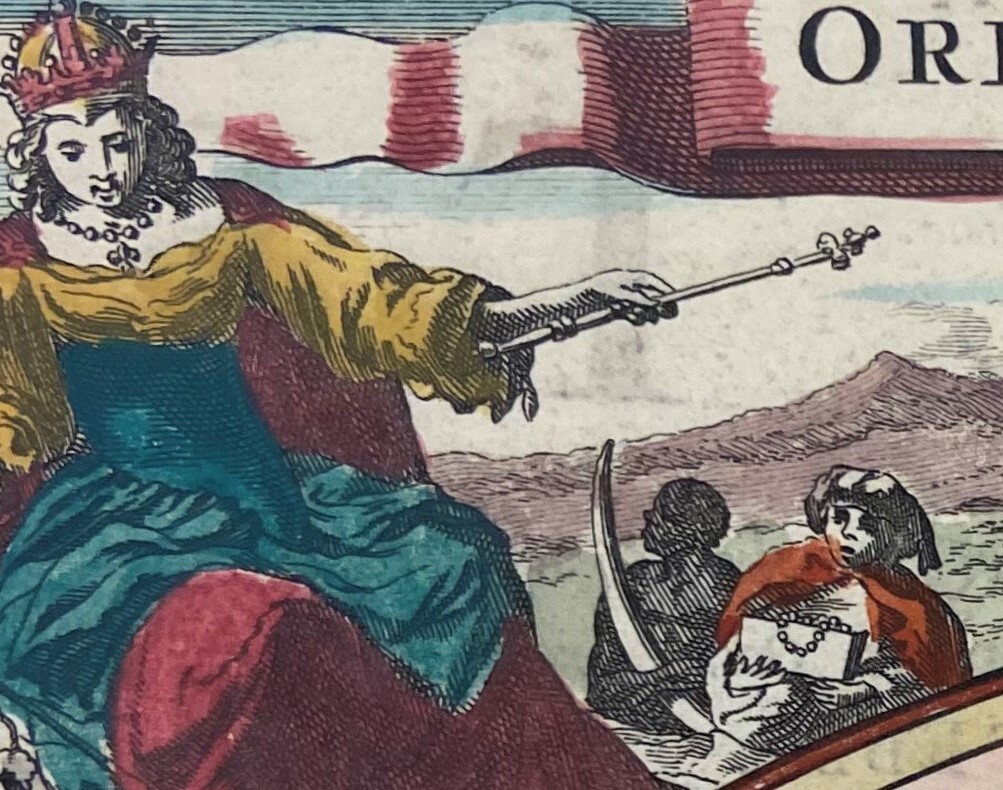 It is important to understand that these illustrations, at times, will not be reflective of what is accepted today. It should be noted that these embellishments were included to be decorative, informative, and ultimately designed to reflect Dutch dominance. Many of these maps include political and cultural biases that are superimposed creating a disconnect between conscious and unconscious realities of the world. These illustrations will be the main focal topic of this exhibit as cartes-à-figures provide a unique insight in representing classical antiquity, the art movements of the Renaissance and Baroque period, and the European perspective. The maps included in the exhibit were influential in representing the art of cartography during the 16th and 17th centuries.