Francis La Flesche was the son of E-sta-mah-za (also known as Joseph LaFlesche), the last Head Chief of the Omaha tribe. La Flesche rose to prominence as an ethnologist and advocate for Native Americans, working first at the Bureau of Indiana Affairs as he earned a law degree and later at the Bureau of American Ethnology. He specialized in the study of the Omaha and Osage tribes, collecting their folklore and recording their songs and rituals on wax cylinders, kept today at the Library of Congress. La Flesche collaborated extensively with the anthropologist Alice Cunningham Fletcher, assisting or jointly authoring two books with her. He also wrote two books on the Osage, published posthumously, as well as a memoir, The Middle Five. His half-sisters, Inshta Theamba (Susette La Flesche Tibbles) and Dr. Susan La Flesche, were also activists. 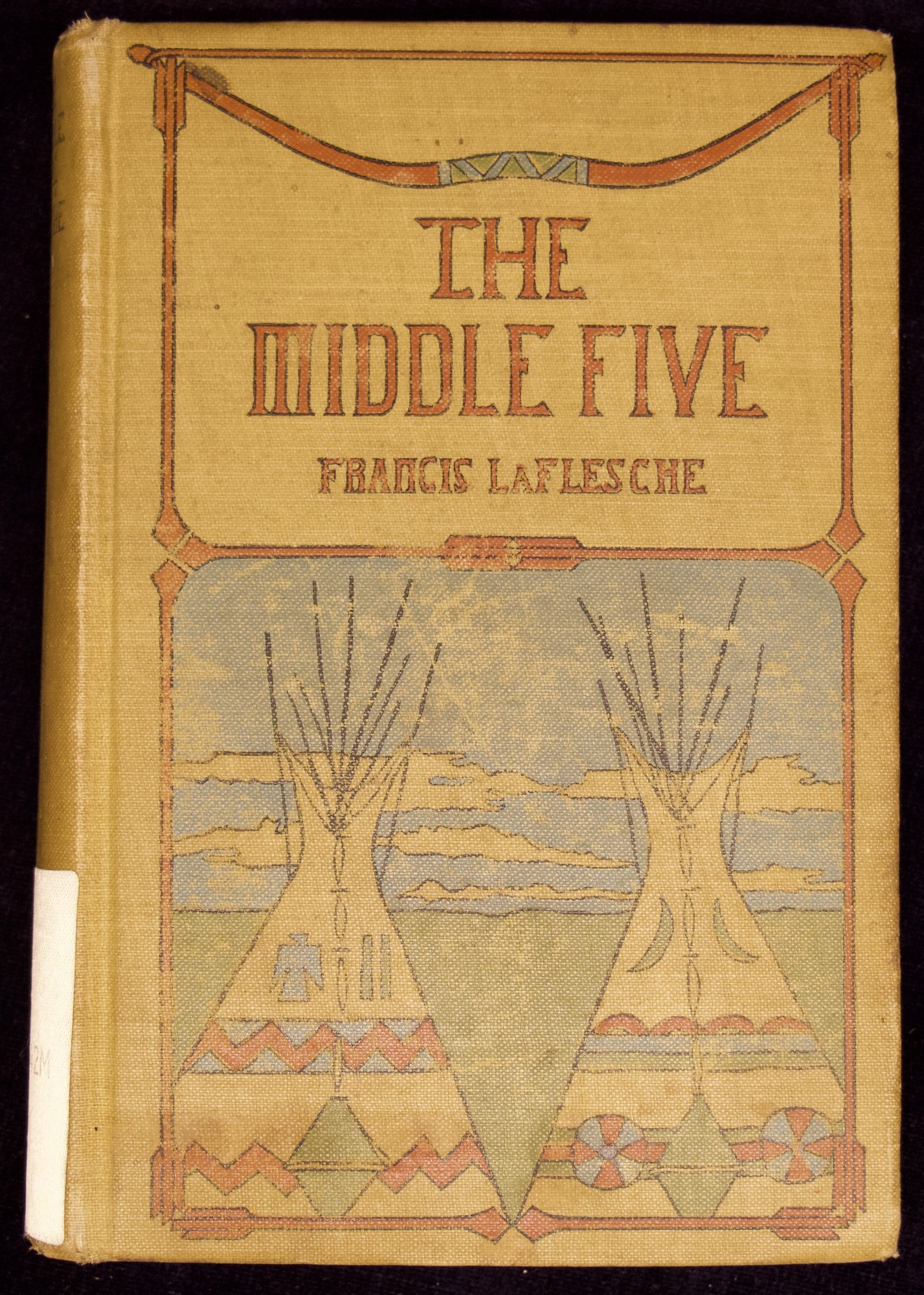 La Flesche is distinctive as a Native American ethnologist who wrote about Native Americans. He spent decades studying the Osage and recording their religious practices, emphasizing the complexity of their culture and arguing against patronizing notions of Native Americans as a simpler, less complicated people. He was the first Native American to become an anthropologist and his work on indigenous music remains relevant into the twenty-first century. Many of his works are in the circulating collections at Ellis Library.

Special Collections does not have any of La Flesche’s ethnological publications, but it is fortunate to have a copy of his book The Middle Five: Indian Boys at School. This book reflects on his education at a mission school in the 1860s, providing a rare account from a Native American’s perspective of the kind of education promulgated by white Americans. The copy held by Special Collections belonged to the poet John G. Neihardt and is signed by La Flesche.