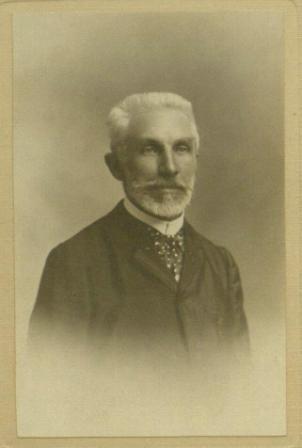 Jacques Flach was born in Strasbourg, France, the capital of the Alsace region, on February 16, 1846. His family name was originally well-known because of Sigismond Flach, who was the first professor of law at Strasbourg University during the 16th century. Flach studied classics and law at Strasbourg University, where he received a Doctor at Law in 1869. In his dissertation and early writings, he endeavored to explain legal problems through a discussion of history, which was a relatively innovative approach in France.

After the Franco-German War, Flach spent two years rebuilding the museum and library of Strasbourg, which had been destroyed by the Prussian attacks. Because of the military conflict it became necessary for him to choose between his native German roots and his love of the French people and culture. He chose to settle in Paris despite his German heritage

Flach became the chairman of comparative legislation at the Collège de France in 1884 after having assisted Édouard René de Laboulaye, his predecessor in the post. Flach also served as professor of comparative law at the Free School of Politics beginning in 1877. He published works on a wide range of topics including Irish history, Russian culture, and ancient Mesopotamia. One focus of his research led him to publish a multi-volume work on French feudalism entitled Les Origines de l'ancienne France. Flach continued to study a variety of different matters until his death in Paris in 1919.