Jacques Flach's library is a collection of approximately 6,000 volumes on the political history of Europe, Mesopotamia, Russia, Japan and Ireland. Also included are books on the subjects of religion, feminism and other social causes. Many of the volumes have original Flach bookplates and all of the books are labeled as purchased from the Flach library in April of 1920.

Many of Flach's books contain information and commentary on French law. He used an analysis technique that explained social and political problems from a historical point of view. This particular approach was new to France in Flach’s time. His research caused him to acquire an assortment of books about French law including Ordonnances des Roys de France, a twenty-one volume set detailing the ordinances of French kings.

The Flach collection also contains 150 cartularies from French monasteries. Though some of these cartularies cannot be located because the collection has been disbanded, there are beautiful examples available in Special Collections and in the library depository. Other impressive specimens from the collection include a few incunabula (books published before 1501). One Flach incunabulum is Disputatio Inter Clericum et Militem, published in Paris in 1498. Another interesting example is the St. Raymond de Peñafort Summa de poenitentiate et matrimonio manuscript below.

Among Flach’s various interests was support of the feminist movement of the late 1800's. This pursuit brought to the collection a variety of books on prominent women including queens, writers and scholars. Flach also took notice of the temperance movement, Irish politics and lower class plight. Though there are at present no books on some of these subjects, the literature about the collection suggests he was a supporter of a wide variety of social causes. Contemporary events also drew Flach’s attention. The collection reflects this in several texts on the First World War and other post-1900 military campaigns. One example of this is A Staff Officer's Scrap Book, a text containing the diary of a British officer in the Russo-Japanese War of 1904. 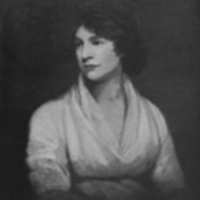 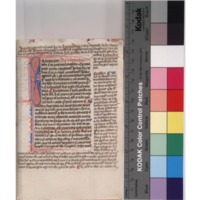 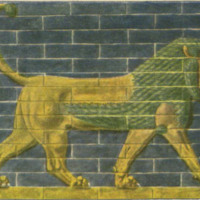