History of the Books at Missouri 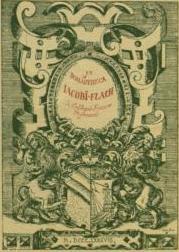 Henry Ormal Severance, director of Ellis Library from 1907 until 1937, purchased the library of Professor G. Jacques Flach, which consisted of approximately 6,000 volumes. The purchase of these beautiful books took place in Paris during March of 1920. At the time, Severance was on a leave of absence from the University of Missouri, and while in Europe, he acted as a European representative to the American Library Association. He was also librarian of the American Library in Paris and in charge of libraries maintained by the United States Army.

Severance was able to acquire the Flach collection for the University of Missouri Library at "a favorable price" owing to the poor economic climate in Europe after World War I. The collection was probably bought in two parts, the total purchase price for the collection was 33,000 francs ($2,400). The Flach library contained 150 volumes of cartularies, 21 volumes of ordinances of the kings of France (1723-1849), Les œuvres d'Estienne Pasquier, contenant ses Recherches de la France, two volumes on French history published in 1723, De Re Diplomatica (1709), Les Covstvmes Generales du Duché de Lorraine és Bailliages (1596), as well as many other valuable books. Other tomes include samples of early printing and binding, and a few fine modern bindings, according to a letter from Mr. Severance addressed to the University of Missouri President A. Ross Hill.

Once at the University of Missouri

The importance of the books to Ellis Library is substantial because of the number of volumes and the material provides historical reference. Several publications about the collection were produced in the early 1920's. The information culminated in 1923 when university librarian Florence Baxter Currie presented a paper entitled "The Flach Collection of the University of Missouri" at the American Library Association conference in Hot Springs, Arkansas. In the paper Currie discusses the large number of rose catalogs in the original collection. She also includes a description of the Flach collection contents and talks about the library's effort to finish cataloguing the books.

← About Flach's Books
Resources →
History of the Books at Missouri