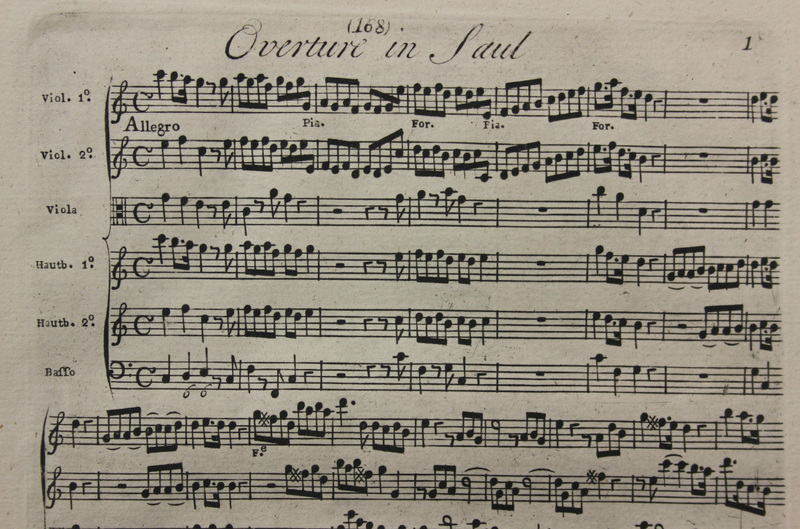 Making Music: From Manuscript to Engraving

The printing of music has always been a difficult process. In early printed books that required the inclusion of music, the printer would simply leave a space for the music to be added by hand. Various techniques were developed for printing music with moveable type, but the complexity of musical notation—as opposed to the relatively limited extent of the alphabet—meant that music printers needed huge quantities of type to print even relatively uncomplicated musical texts. Engraving greatly simplified the process: instead of a page of music being printed from hundreds of pieces of type painstakingly assembled, it could instead be engraved on a single copper plate. Musical texts that included words continued to be problematic, however, with the printer having to decide whether to print the words using the traditional letterpress method, or to include them on the engraved plate.

Featured here is an early edition of Handel's oratorio Saul, which was first performed in London in 1739. Since the book contains mostly musical notation and only limited text, the printer, John Walsh, has simply engraved the entire contents. Walsh specialized in the printing of music and maintained a particularly close relationship with Handel. The double press mark on the title page—one press mark around the entire page and another around the word 'Saul'—testifies to the regularity with which Walsh was publishing Handel oratorios: the title Saul has been added to a pre-printed page that could be used for any oratorio. 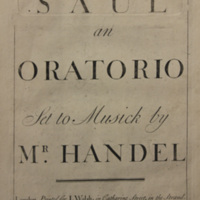 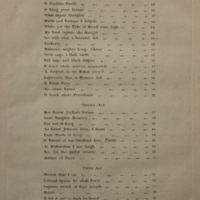 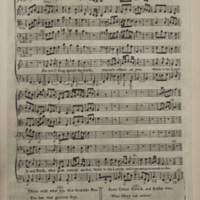