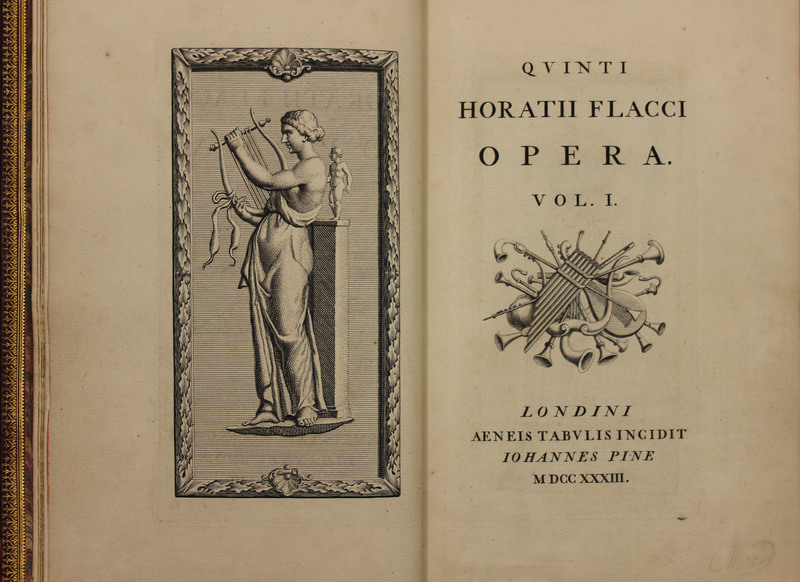 Frontispiece and title page of the first volume.

In the third book of his odes, Horace famously claims that his poetry represents a monumentum aere perennius, a ‘monument more lasting than bronze’ (see first image below). It was with self-conscious irony, then, that the English engraver John Pine chose Horace’s works when he decided to produce an entirely engraved book. He chose, in other words, to engrave on bronze plates a body of poetry that declares itself more lasting than bronze itself. The result was two volumes that are widely regarded as the finest engraved books ever made. The publication of the first volume (at left), which appeared in 1733, was underwritten by a long list of subscribers—enough to fill seventeen pages—headed by the Prince of Wales and Duke of Cumberland. This first volume garnered such positive attention that for the second volume Pine was able to assemble a group of subscribers of unprecedented prestige, including the King of England, the Holy Roman Emperor and Empress, the King of France, the King and Queen of Spain, and the King of Portugal (see second image below). The copy presented here is from the first impression of the first edition, as can be seen from the error in the image at the top of page 108 in the second volume, where post est should be potest (see third image below). This error was corrected in a second impression. 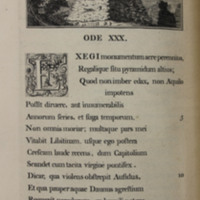 The poem in which Horace claims that his poetry is a 'monument more lasting than bronze'. 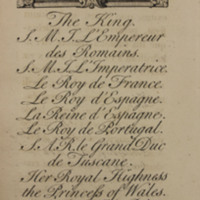 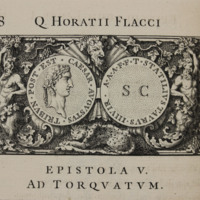 The words 'post est' in the image should read 'potest'.