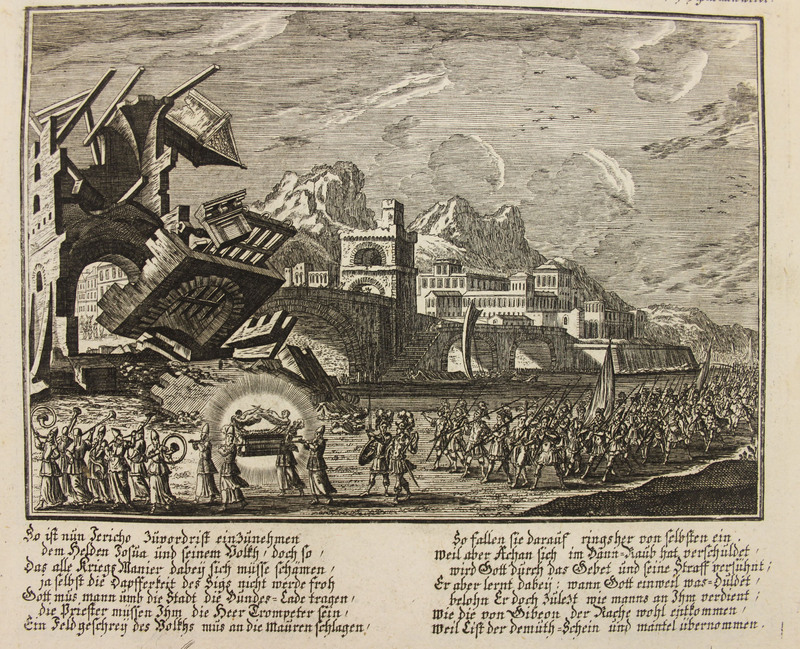 Illustration and text: the fall of Jericho.

Johann Krauss (1645-1719) was a prominent engraver and book illustrator in the German city of Augsburg. The book featured here contains a series of engravings depicting well-known scenes from the Bible. Such series were nothing new—Krauss's master Melchior Küsel had published a series with the title Icones Biblicae Veteris et Novi Testamenti (Biblical Images of the Old and New Testament); and Küsel's master Matthäus Merian the Elder had published a similar series called Icones Biblicae (Biblical Images)—but they could be problematic. With religious tension rife in Germany in the 17th century, the use of images in Christian worship was a controversial topic. As a sound businessman, Krauss designed his book to appeal to both the Catholic and the Protestant branches of Christianity, though he himself belonged to the latter. Though the book is dominated by the illustrations, there is a significant amount of accompanying text, all painstakingly engraved. The text is in German, but in this particular copy a Russian translation has been added by hand. 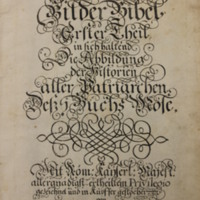 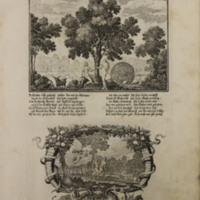 Illustration and text: the Garden of Eden. 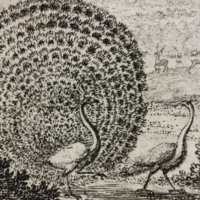 Illustration and text: the Garden of Eden (detail).