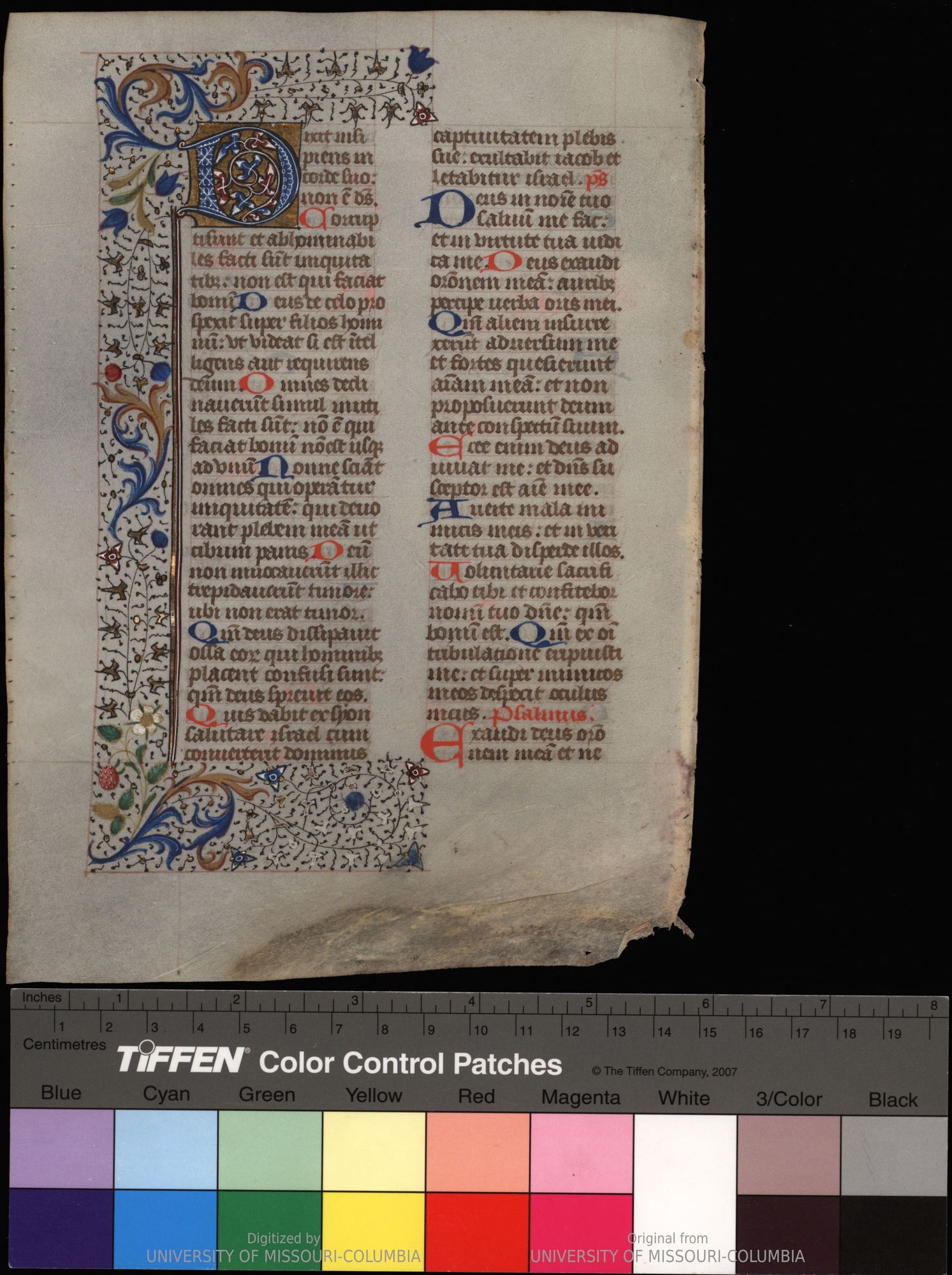 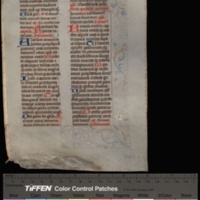 [Leaf from a breviary and ferial psalter].

From a Burgundian prayer book on vellum that contained both a psalter and breviary. Folio represents the litany for the end of Tuesday beginning of Wednesday lauds. "The manuscript, a fragment of which we previously owned, was unusual in that it was signed and dated by its scribe, Gerald Lequyn. He tells us that he began the book on the 15th of December and that it was intended for use by the Cathedral of Saint Lazare in Autun. Manuscripts that are signed and dated are very uncommon in the marketplace to begin with, but what is extraordinarily rare here is that the scribal information is provided, not at the end of the codex (as one would normally see), but on the first page of the Temporale. We could find no mention or recorded appearance of Lequyn in the Bénédictins de Bouveret, "Colophons" II, 1967, or anywhere else; Leroquais describes a number of Autun breviaries with inscriptions by their scribes, suggesting that such announcements of responsibility were a local custom. The date of 1472 has been supplied by the source of the leaves, and while there is no definitive evidence for that date, there is nothing about the manuscript that would make that date seem wrong. We have had a calendar leaf from the parent book containing the feast of the Transfiguration, which means that the manuscript had to be written out after 1453"--Pirages catalogue, 51.0140.

Gift to Univeristy Libraries by an anonymous donor.