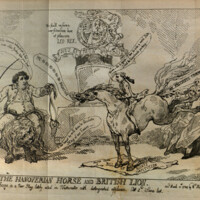 History of the Westminster election : containing every material occurrence,…

History of the Westminster election : containing every material occurrence, from its commecement [sic.] on the first of April, to the final close of the poll, on the 17th of May : to which is prefixed a summary account of the proceedings of the late Parliament, so far as they appear connected with the East India business, and the dismission of the Portland administration : with other select and interesting occurrences at the Westminster meetings, previous to the dissolution on the 25th day of March, 1784 / by lovers of truth and justice.

London : Printed for the editors and sold by J. Debrett