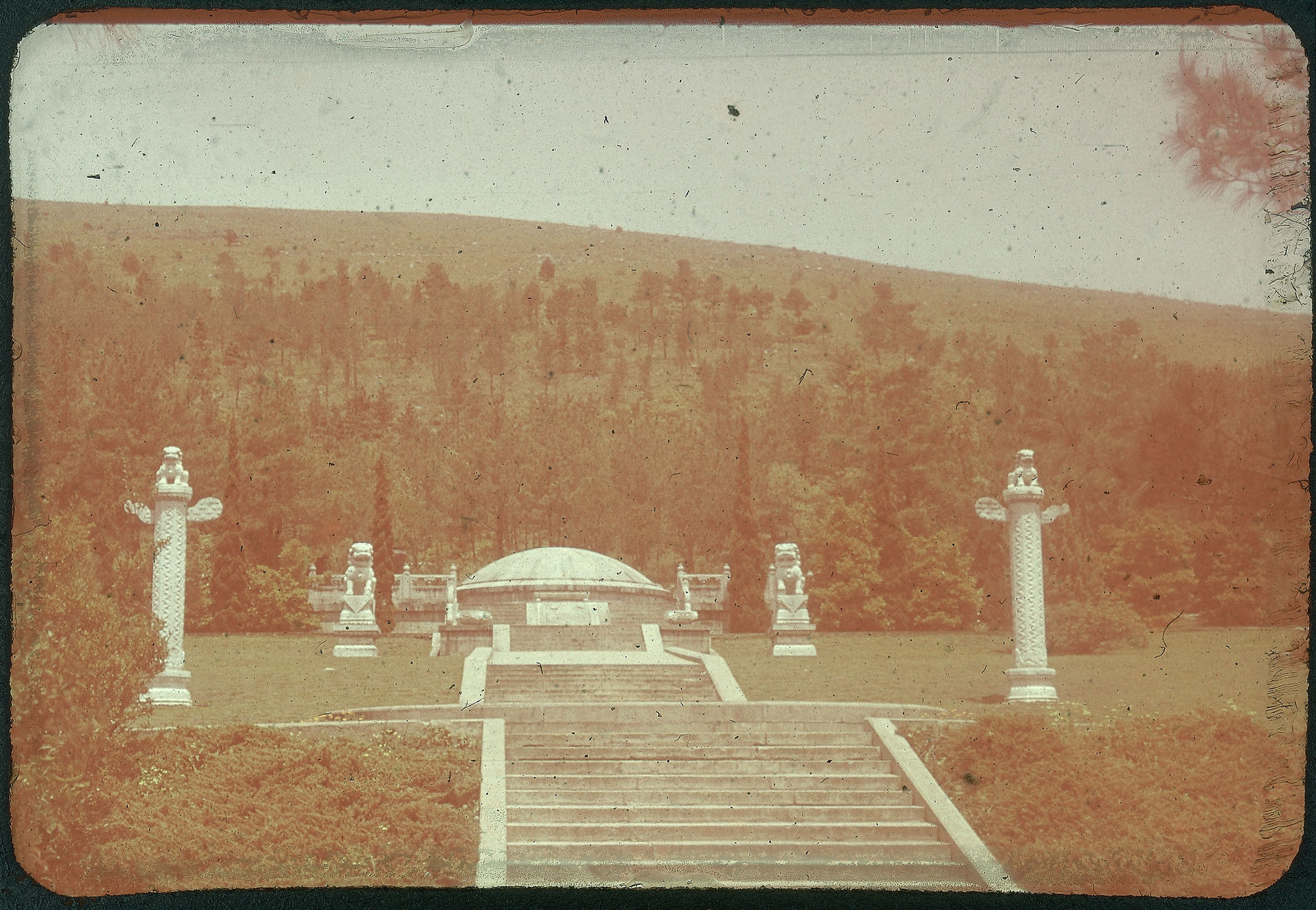 Photograph of the Tan Yankai's tomb. Tan Yankai was a member of Liang Qichao's Commnuist Party, campaigned for a parliament and restrained monarchy. He later joined Kuomingtang and became military governor. He served as Chairman of the National Government during the first Northern Expedition and again during its conclusion. After the Double Ten Day, he was succeeded by Chiang Kai-shek. The photo looks little orange.