Thomas Moore Johnson (1851-1919) was an attorney, collector, and student of philosophy in Osceola, Missouri. Though his formal training in philosophy was sparse, his consummate philosophical interests led him to become a foremost lay authority on Plato and the Neoplatonists. He established two journals devoted to Platonic philosophy The Platonist and Bibliotheca Platonica, and translated Neoplatonist works such as Iamblichus’ Exhortation to the Study of Philosophy (1907), Proclus’ Metaphysical Elements (1909) and Opuscula Platonia (1908).

“The collection spans the centuries from the ancient Greeks to the nineteenth century philosophers, but the emphasis is on the classical authors, augmented by modern philosophy and criticism. The medieval Christian philosophers are also represented. Since the collector was a Platonist, it is expected that the collection of works of Plato and the critical works would be large.” (The Thomas Moore Johnson Collection, page 3).

The collection does not circulate. Scans are permitted subject to the condition of the volumes. The collection must be used in Special Collections’ Reading Room during service hours or by appointment.

Materials are cataloged and available through MERLIN, the University’s online catalog. The collection can be searched in MERLIN through the heading Thomas Moore Johnson Collection of Philosophy (University of Missouri–Columbia. Libraries).

Some materials in this collection are stored offsite. Please request materials at least 48 hours in advance.

Guide to the collection: The Thomas Moore Johnson Collection, Columbia, University of Missouri, 1949. 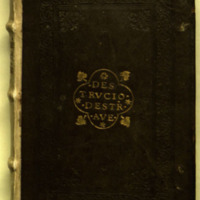 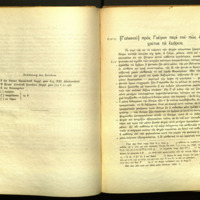 Father Malebranche his treatise concerning the search after truth / The whole work complete. To which is added the author's treatise of nature and grace: being a consequence of the principles contained in the Search. Together with his answer to the animadversions upon the first volume: his defence against the accusations of Monsieur de la Ville, &c. relating to the same subject. All translated by T. Taylor. 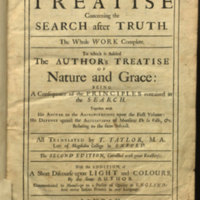 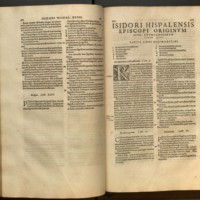 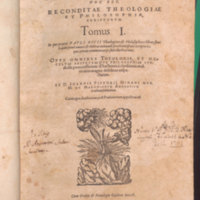 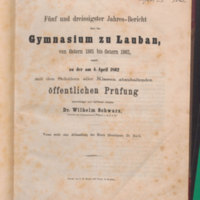 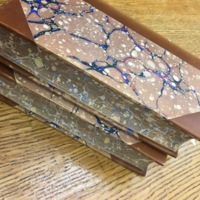