John Tinney McCutcheon (1870-1949) is often referred to as “the Dean of Cartoonists” and is best known for his political and satirical work. Born on a small farm near Lafayette, Indiana, McCutcheon went on to graduate from Purdue University in 1889. His career as a cartoonist and journalist began at the Chicago Morning News in 1895, but the bulk of his career (1903-1946) was spent at the Chicago Tribune. McCutcheon traveled widely, often serving as a correspondent during his journeys. He was embedded with the U.S.S. McCulloch in the Philippines during the Spanish-American War and witnessed the Battle of Manila, and he also reported on events in South Africa and Europe during World War I.

McCutcheon’s cartoons provided commentary on presidential races, national politics, societal changes and economic hardships. He was particularly strong in his support for Theodore Roosevelt’s attempt at a third term as President and found in him an ample supply of material for his work in the Tribune. McCutcheon also published illustrations for several books by George Ade, a fellow Indianan and Purdue graduate whose humorous “fables” were widely popular from the turn of the century through the 1930s. In addition to lecturing throughout the U.S., McCutcheon was a speaker at MU during Journalism Week in 1939. He was awarded a Pulitzer Prize in 1931 for the cartoon “A Wise Economist Asks a Question.”

McCutcheon married Evelyn Shaw in 1917. After his death in 1949, Mrs. McCutcheon distributed his original drawings to several institutions in the Midwest, and also helped to publish his autobiography, Drawn from Memory (New York, 1950).

The majority of the items in this collection are original pen and ink cartoons drawn for the Chicago Tribune from 1903 to 1944. These editorial cartoons focus on social issues, economics, politics, and both World Wars. The collection includes cartoons on the Great Depression and several presidential races, as well as a number of cartoons that are of particular interest to the history of Missouri. The collection also contains illustrations drawn for Cosmopolitan from 1912 to 1926, many of which accompanied the humorous stories by George Ade in his collection entitled Fables in Slang. Reproductions of some of McCutcheon’s more popular cartoons, and some original pen and ink drawings painted with watercolor are also included in the collection.

The collection will be of interest to researchers of American political history, early twentieth-century social attitudes, the World Wars, economic concerns, the history of American journalism, and related topics.

The collection was donated by McCutcheon’s widow, Evelyn Shaw McCutcheon, in 1955. Past University President Elmer Ellis was instrumental in acquiring the collection.

Finding Aid for the John Tinney McCutcheon Collection
Scans of the cartoons are available in the University of Missouri Digital Library.

The collection's catalog record.
The collection can be searched in MERLIN through the heading John Tinney McCutcheon Collection.

In cases in which copyright still applies, permission to publish or reproduce any of these images must be granted from the estate of John Tinney McCutcheon and the Chicago Tribune. 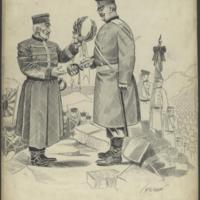 JM110: An exciting finish to the Missouri senatorial race. 110 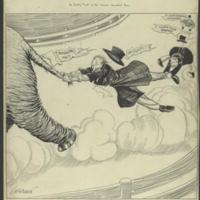 JM111: One sun that hasn't been eclipsed 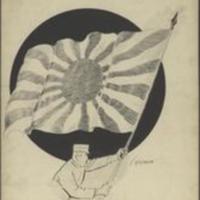 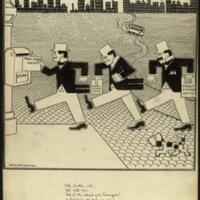 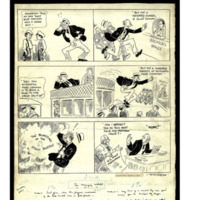 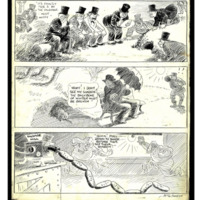 China's place in the sun 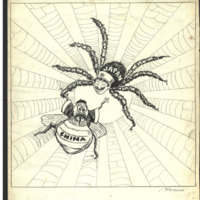 Why not make a sporting event of some of our marriage and divorce statistics? 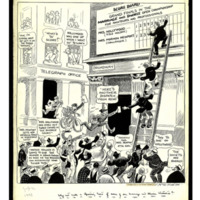 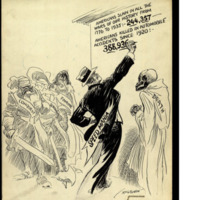 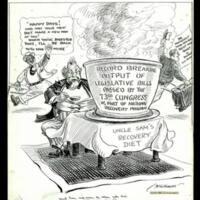 Cartoons of the day 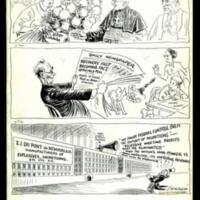 Dancing to the spring song 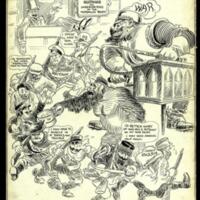 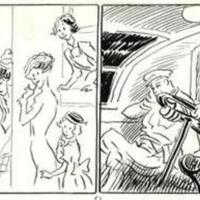 Putting a premium on aggression and treaty breaking 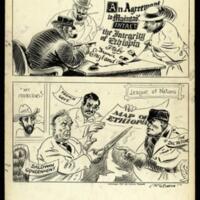