Grant Burress: THROUGH THE FIRE

Through the fire is an animated music video I created for Valentine’s Day to a higher pitched version of the track similar to the sample used by Kanye West. This video is the part two of an animation I made last year on Valentine’s Day. The animation I made last year was titled “A House is Not A Home” which was an animated music video I made to the song of the same title by Luther Vandross. In the previous video, Cappy is singing about how he feels like the woman that he is in love with doesn’t feel the same way about him. With this piece, Cali and her friends put together a show to reassure him that she loves him. I originally created the idea of this piece when I was in middle school and I have finally possessed the skills to bring my vision to the screen. I also wanted to show the relationship between Cali and Cappy and establish them for future reference as a cartoon power couple.

In this piece I used mostly After Effects, but some features and effects I added through Adobe Premiere Pro. For the character designs sets and props, I created them all using Adobe illustrator. 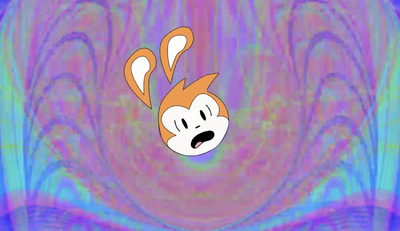 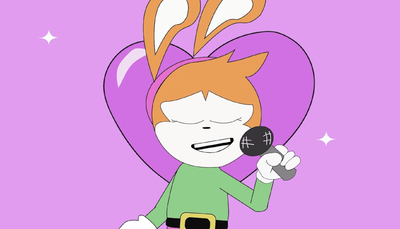 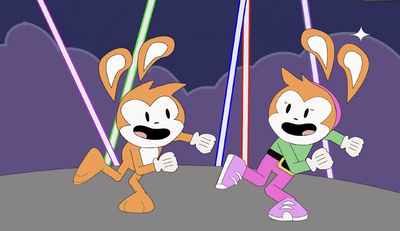 One of the most inspiring creative pieces I have seen. Truly love the aesthetic of the entire video and actually made me reminisce on the times and experiences I have had with this song.

Grant has been working on these characters and concepts since we were in grade school. It's amazing to see how his creativity, abilities, and work has evolved over the years. I look forward to see how Grant continues to grow and explore more in his art.

Great piece of work. Motivates me to be more creative with art of my own. Keep it up Grant!

Glad to see Grant's OC's come to life in such an amusing way! Animation looks fantastic and the music video style adds so much personality to the characters. Makes me want to give digital art another try!

Another amazing piece of art from Grant. Seeing the way he has developed the initial concept and drawings of Cappy into interesting and impressive visuals - along with a whole world of new characters - over several years has been very inspiring. Love what you're doing Grant keep it up!! I'm sure this just the beginning and can't wait to see what's next.

Such a great display of creativity and animation!! You are a talented young man!

I watched it several times, I sang along with it.I LOVED IT.

So dope! Love the audio edit and inspo. Cappy and Cali forever. I stan for their love story.

I fell for Grant's adorable Cappy years ago. How exciting to now meet three new character creations. Grant's engaging personality permeates through his cartoons in their upbeat movements and endearing facial expressions. They are so lovable. And the background artistry makes Cali and Cappy pop. Keep creating! The world needs this joy.

I am impressed! Like, I'll take a Cappy the rabbit shirt right now!

Cappy sang his little heart. This was my feel good watch for the day!

Great job! The animation and art work were first rate.

Awesome, it's amazing to see these characters in full animation after seeing them drawn throughout the years.

I love that Cappy now has a voice!  Amazing music video - I can't imagine what goes into creating something like that!  Very impressive!  And, I love all the other characters we got a peek of!  Especially Cali!  MORE PLEASE!!

Great animation by Grant Burress. Looking forward to seeing the future of Cappy the Rabbit.

I watched each video and went on a journey.

I totally enjoyed the experience...,,

I loved your video! You are so incredibly talented and I can't wait to see more adventures!

This animation is awesome! I loved seeing Cappy pouring his heart out through song and Cali reciprocating! Glad to witness the beginning of a great relationship!!

A great love story will bring a smile to your face and I smiled the whole time I watched your video.  What an awesome job of displaying your concept.

A great love story will bring a smile to your face and I smiled the whole time I watched your video.  What an awesome job of displaying your concept.

Love the story of Cappy and Cali!  Great job!