I am currently a student at the University of Missouri-Columbia, majoring in journalism. I discovered a passion for journalistic photography in late 2019, and have been pursuing photo opportunities ever since. I feel particularly drawn to events in which people showcase genuine emotions, and I consider it an honor to be able to capture these beautiful moments. In these four photos, I attempted to capture two sides of the growing racial divide in Missouri. The photos titled “Hawk” and “Salute” were taken at a celebration of life for police captain David Dorn in Saint Louis, Missouri. The photos titled “Shout” and “Tunnel” were taken at a black lives matter rally at Faurot Field in Columbia, Missouri. These images showcase the humanity shared between these two groups of differing opinion. 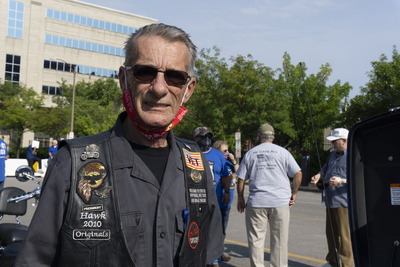 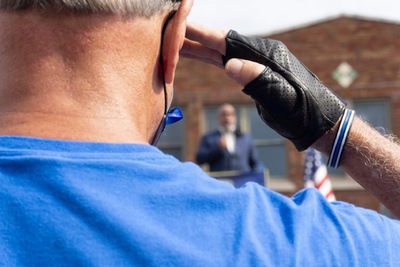 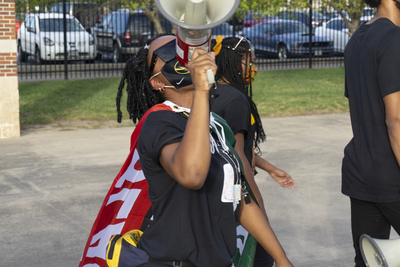 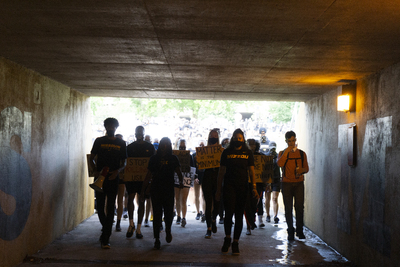 Noah is a dedicated young man who takes his goals as a journalist & photographer seriously, he's my grandson but I look beyond that and see a man that is compassionate, dedicated & deeply cares about everyone.

I worked with Noah for several years, he is a kind gentle man who has a great eye taking pictures.

Thank you for capturing the life that you witnessed and the emotions that you felt.

Noah is my grandson, and a really remarkable young man!  We are all so proud of what he has accomplished in his life -- homeschooled by his mother, he is now studying at Mizzou and really loves it.  He is passionate about his career-to-be, that of photo-journalist.  We look forward to watching him begin his career and hope it will be very happy and show everyone what a wonderful person he is!